The cities of Buda and Pest unified in 1873, becoming the contemporary capital of Hungary, Budapest. As one of the most beautiful cities in Europe, has an endless supply of attractions to entice its visitors. The city has a large number World Heritage Sites, including thermal baths, the third largest Parliament building and an entire Castle Quarter.

Get your walking shoes ready to explore the most striking city in Europe and by the time you finished the 14km walking tour of the city, you will be glad it has so many thermal baths.

What to do in Budapest walking map:

The best things to do in Buda: 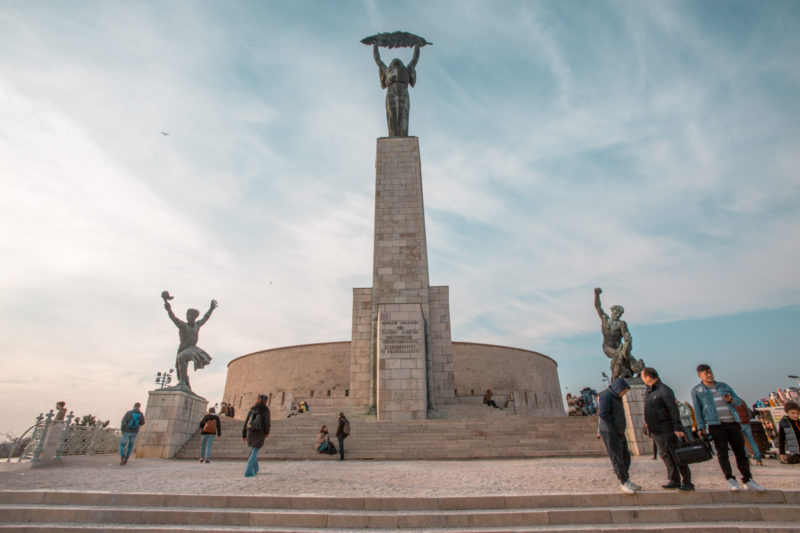 Located atop Gellért Hill is the Citadella. This fortress has some relics of the Red Army as well as the best panoramic view of all of Budapest. There are several other points of interest on the hill including the Liberty Statue. 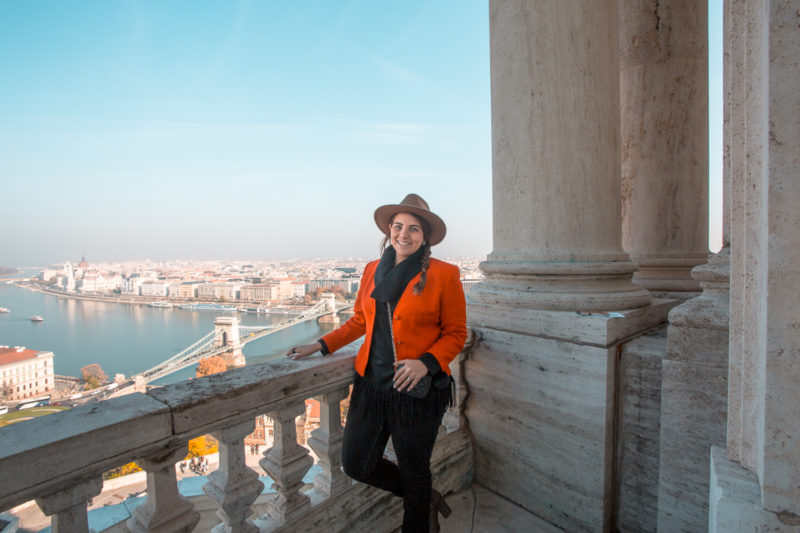 Across the valley on Castle Hill, is the Buda Castle and the Castle District. The massive medieval complex can take the entire day to explore, with its many museums, Baroque houses and cobblestone streets.

Also located on Castle Hill is the Sándor Palace, the official residence of the President of Hungary and the seat of the Office of the President. The changing of the guard takes place every hour, on the hour from 9AM to 5PM. 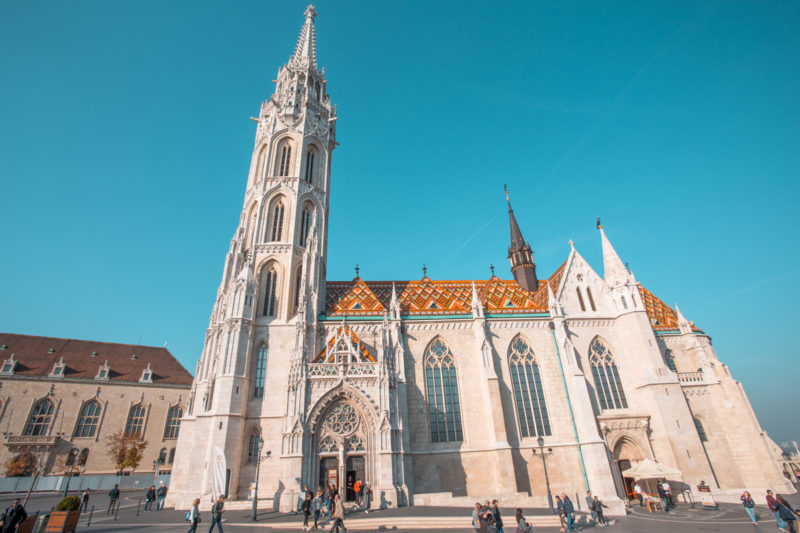 A short walk away is the Matthias Church. This Gothic 14th century church is home to the Ecclesiastical Art Museum. Make sure to get a ticket up the bell tower to better see the diamond pattern roof, but plan in advance as the hourly tours only allow 15 persons. 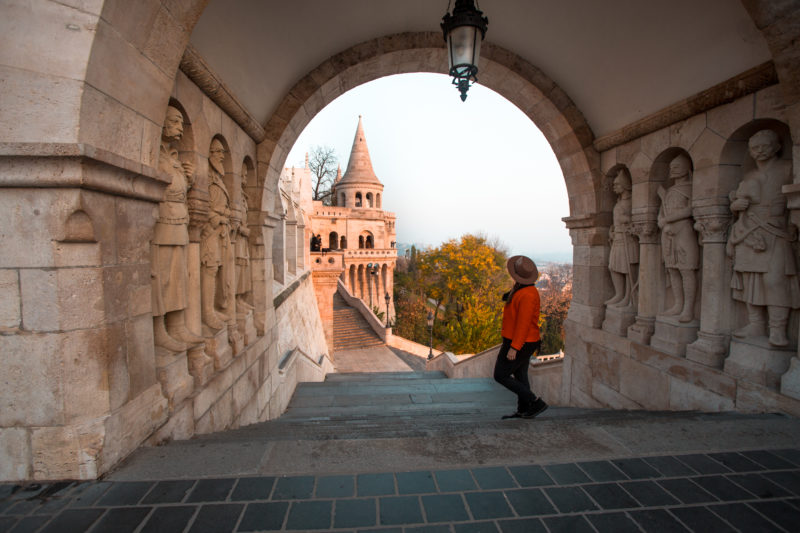 Right behind the church is Fisherman’s Bastion, a viewing terrace of the city. It never was meant for military use as it was built solely as part of restorations for the 1000th birthday of the Hungarian state.

What to do in Pest: 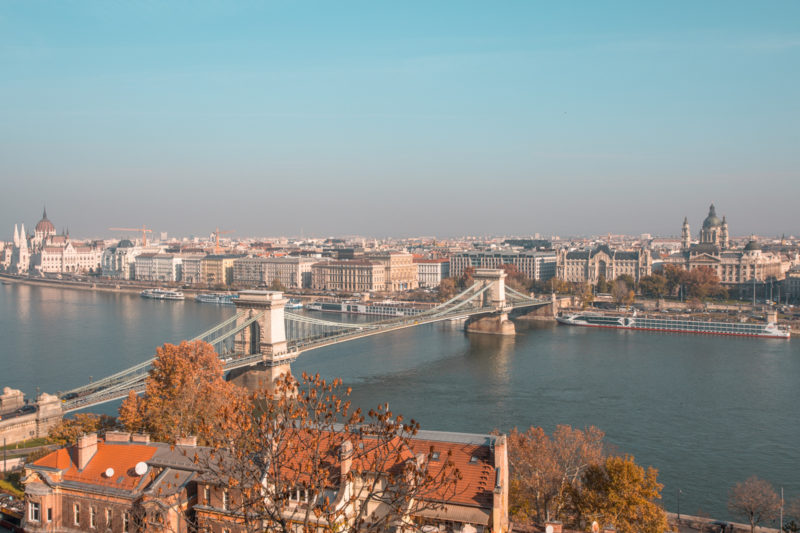 To get from Buda to Pest you must cross the Danube River. To do so we suggest taking the Chain Bridge, the first permanent bridge across the Danube and a landmark of the city.

Shoes on the Danube Bank 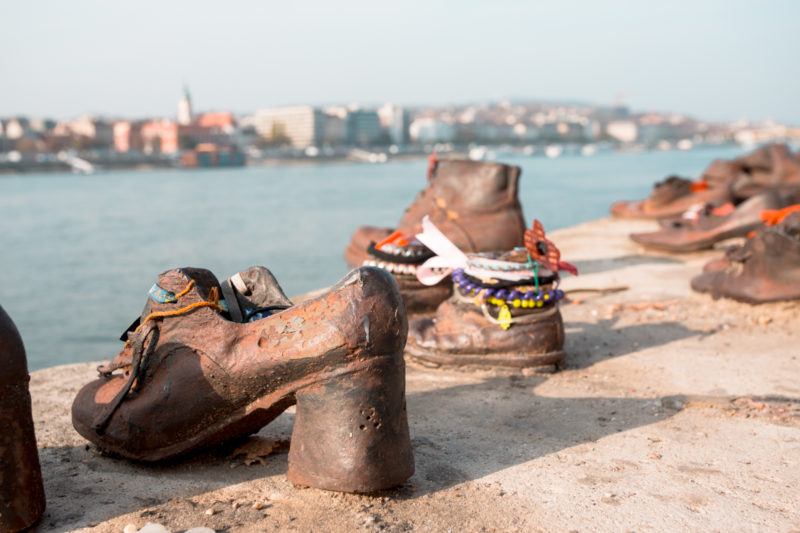 Heading north along the Pest side of the river, you will see the Shoes on the Danube memorial, to honor the Jews who were killed by fascist Arrow Cross during World War II. 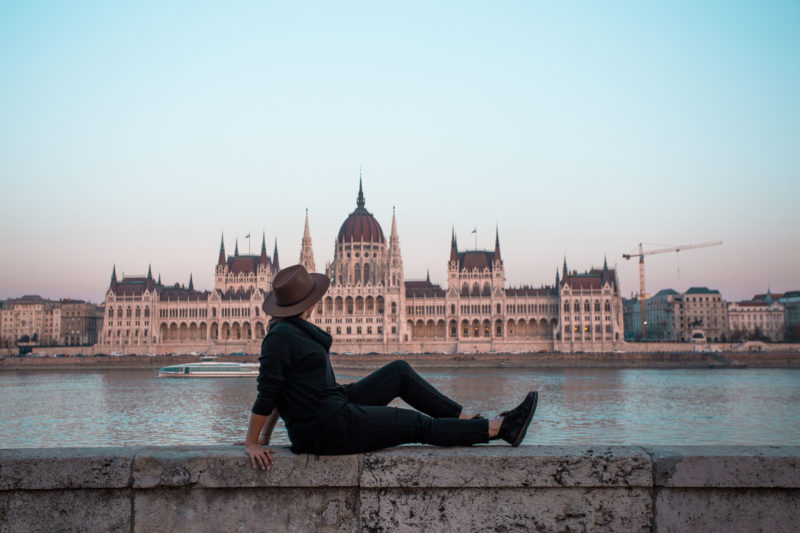 Two blocks north is the largest building in Hungary and tallest in the Budapest, the Hungarian Parliament Building. The Dome Hall houses the Hungarian Holy Crown and the Coronation Insignia. Tickets to tour the building sell out in advance, so we suggest buying them online. 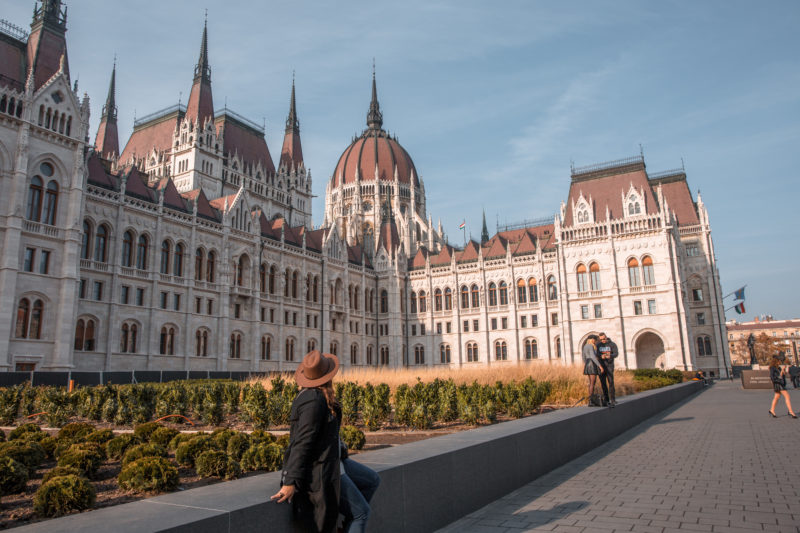 Behind the Parliament building is Szabadság Square, also known as Liberty or Freedom Square. Here you will find the last Soviet War Memorial in Budapest paying thanks to the Soviet forces for liberating Hungary from the Nazis.

On the other end of the square is a controversial German occupation memorial, minimizing Hungary’s role in the Holocaust, with a permanent protest memorial to those who lost their lives, across the street. 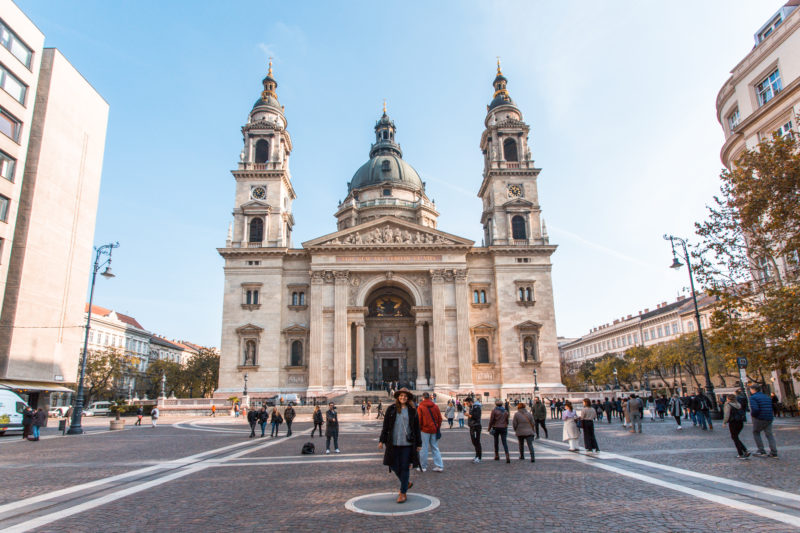 The St Stephen Basilica was built to the same height as the Parliament Building, symbolizing that worldly and spiritual thinking are equals. The beautiful interior is painted by notable artists from its construction in the late 1800s. To get a panoramic view within Budapest, head up the 364 steps to the dome’s observation deck, which is open April 1st through Oct 31st.

Two blocks south is Elizabeth Square, a beautiful green spot in the middle of the city. 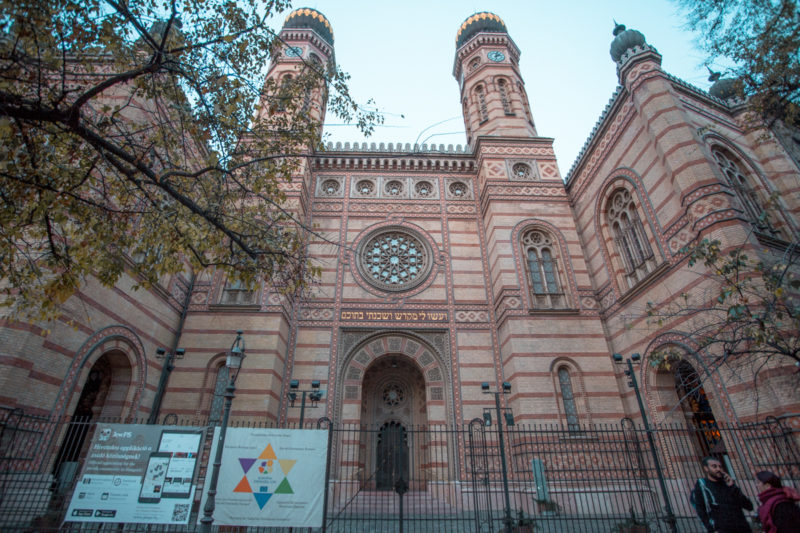 Heading east is the small historic Jewish Quarter of Budapest, and location of the WWII Ghetto. The first stop is the Dohány Street Synagogue, the second largest in the world. It was built in the Moorish Revival style, including two onion domes. 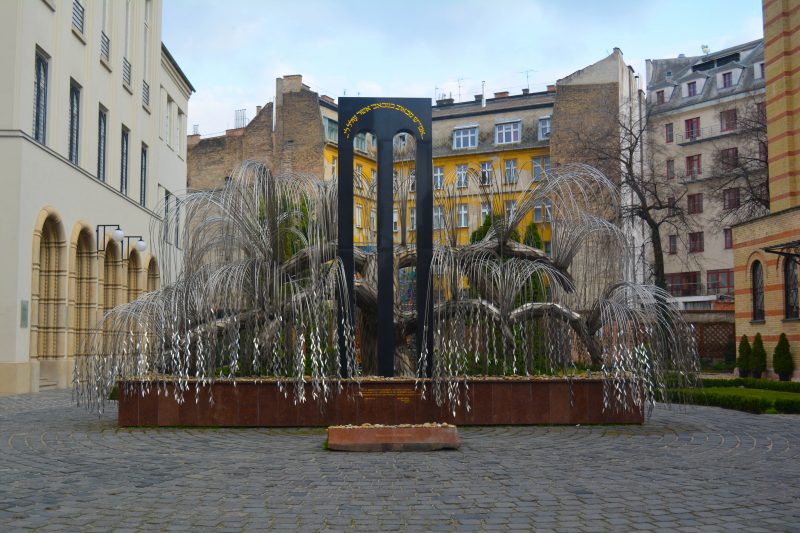 Within the complex is also the Heroes’ Temple, a graveyard from ghetto times, the Memorial of the Hungarian Jewish Martyrs and the Jewish Museum. It is also the former location of Theodore Herzl’s birth house. 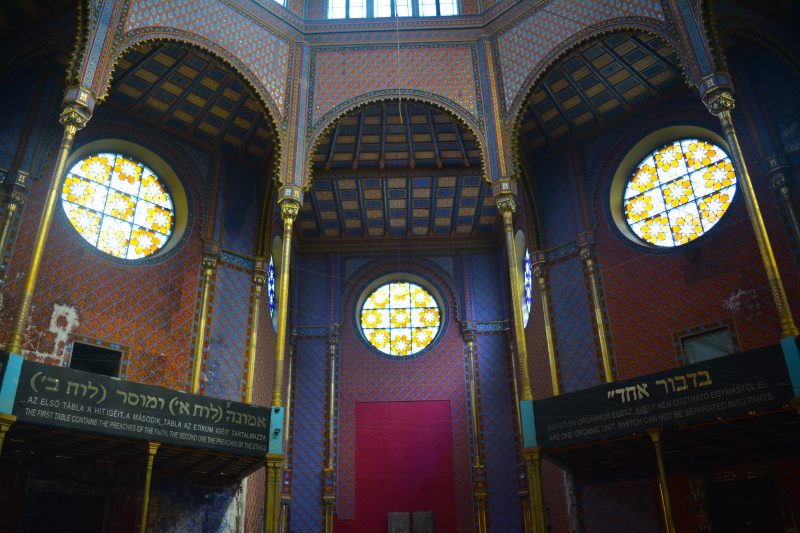 Built in 1872, the Rumbach Synagogue is patterned and painted in Islamic style. The octagonal interior is topped by a high and ornate dome. Unfortunately it is still in much disrepair from its destruction during WWII although they are starting to repair it to make it a museum. 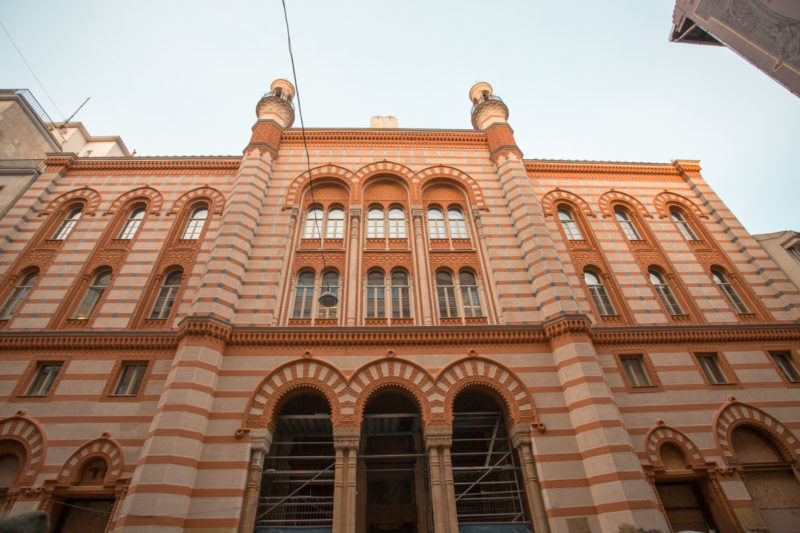 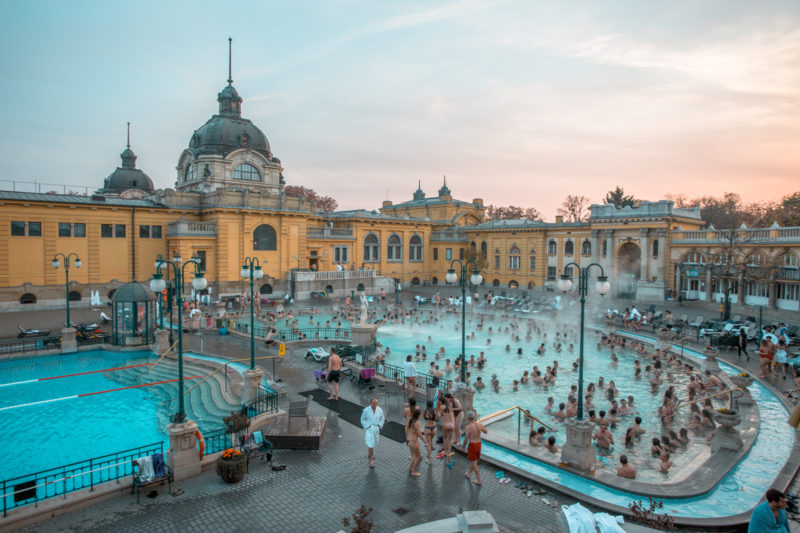 The last stop in Budapest is the Városliget City Park, one of the first public parks in the world. This large green park, just outside the city center has enough attractions to warrant an entire day’s time, depending on what you want to do. Its attractions include: 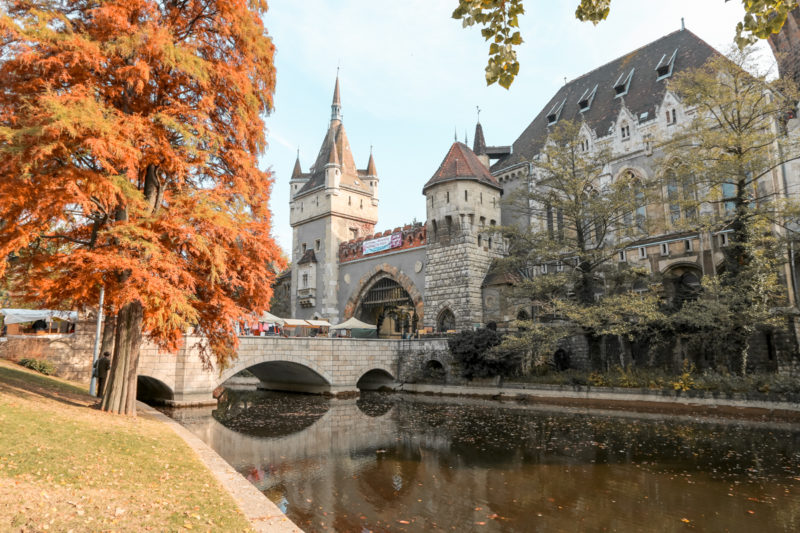 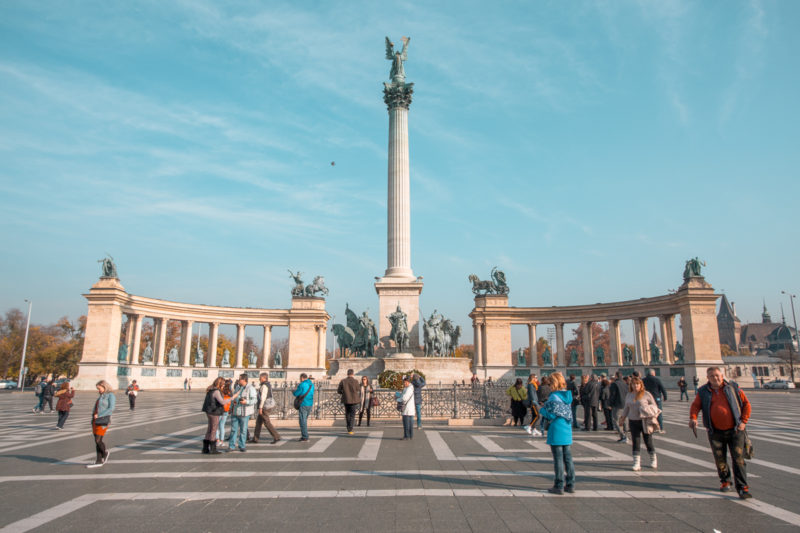 ⇟ More articles from Budapest that might interest you:

➳ Read More: What to do and see in Budapest: 5 day Budapest Itinerary 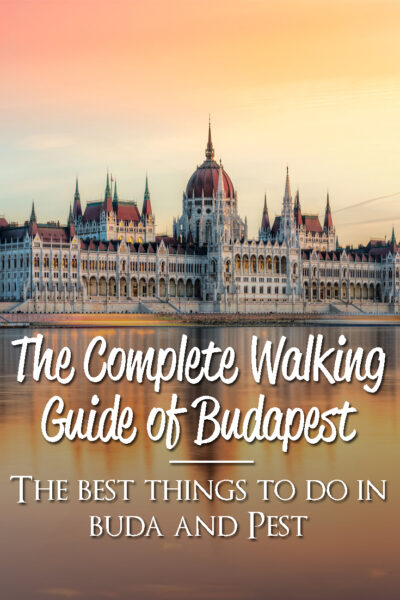 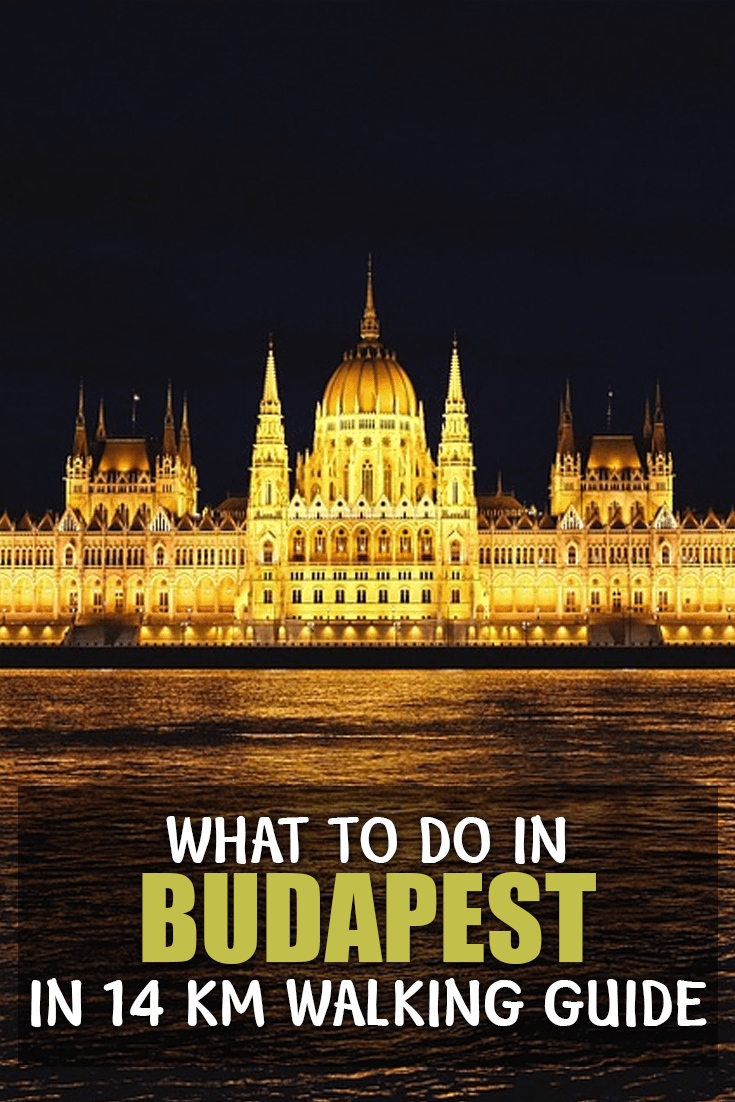