Top 15 Things to do in Buenos Aires, Argentina

Buenos Aires, Argentina is one of the largest cities in Latin America. Jazmin had the opportunity to visit this beautiful city in 2014 with her mother to visit her cousin. With her insider experience, we have created the best places in Buenos Aires travel guide.

We arrived to the airport at midnight. My mom and I hired a cab to my cousin’s apartment in downtown Buenos Aires for 200 Argentinian pesos. Keep it mind it was about 2 years ago, and since then the strict currency controls have been removed, plunging the peso to half its value at the time. We came back in October 2017 and we paid 600 pesos for the same trip.

The best things to do in Buenos Aires Map:

Complete Travel Guide of what to do and see in Buenos Aires:

In the Boca neighborhood is located the famous Caminito, a street museum and a traditional alley in Buenos Aires with dozens of stores as well. There is a new modern art gallery called Fundacion Proa that has been recommended by a native Argentinan to go and visit.

On Sunday you can find tango dancers and singers performing on the streets and some of them even offer tango lessons. It is a beautiful street with multicolored houses.

The Bombonera, the Boca Junior stadium, is only several minutes away from Caminito . You can get a tour starting at $60.00. If you love soccer, I will strongly recommend you to give the stadium a visit.

The Plaza Dorrego is located in San Telmo, the oldest neighborhood in the city. On Sunday there is a market in the square with nearly 300 individual stands. You can also enjoy small tango shows while drinking some wine or cup of coffee and enjoying the day.

If you like the arts you must go to Teatro Colon. The Teatro Colón is the main opera house in Buenos Aires, Argentina. It is ranked the third best opera house in the world by National Geographic, and is acoustically considered to be amongst the five best concert venues in the world.

Even if you are not interested in the opera, the architecture and facade of the building is breathtaking during both the day and night.

The obelisk, one of the most iconic landmarks in Buenos Aires, is located in the República Square between two of the largest and widest streets in the world: Av. 9 de Julio and Av. Corrientes. It is also close to Puerto Madero.

The Plaza de La República is one of the most iconic squares in Buenos Aires. It is home to many bustling shopping outlets, restaurants, cafe, bars and clubs.

The plaza is also known for the many purposes it has served in the past as a gathering place for political demonstrations, World Cup gathering when the national team is playing, celebrations and uprising in the past.

Some of the most iconic and important buildings are located in this square. Some of the buildings are: Casa Rosada, The Metropolitan Cathedral, and the Cabildo. You will also see a variety of restaurants, tango parlors, bars and of course shops. It is also where the Mothers of May come every Thursday to demand their children or grandchildren to be return alive from when they got disappear during the dictatorship.

The Metropolitan Cathedral of Buenos Aires has an important historical structure and cultural significance. Located in downtown Buenos Aires, the massive building has been rebuilt multiple times, giving it a wide variety of architectural styles. The Cathedral overlooks the Plaza de Mayo. It is also where the present pope used to work.

Casa Rosada is the presidential house. It offers a free tour of the building, not all of it but you get a glimpse of it. We recommend to visit one of the most iconic, historical and aesthetically pleasing buildings in the city. The tours are during weekends and you need to have an online reservation to be able to visit.

Puerto Madero is a waterfront neighborhood around the shoreline of the “Río de la Plata” with a lot high end restaurants. If you are interested in seeing a great tango show, check out the one at the hotel Faena, which is very particular, it is worth going. For those who love art, there is this private collection museum called Fortabat. It is a bit pricy, but it is still strongly recommended.

Calle Florida is one of the busiest pedestrians streets in the city. The Florida street has dozens of shops and many entertainment destinations. You can find different types of stores from bookstores, leather goods such as shoes and clothing to jewelry and many souvenirs.

La Recoleta Cemetery, is an area of great historical and architectural interest. As one of the most beautiful cemeteries in the world, it is worth some time walking through. There are also many notable Argentines buried there, including many former presidents.

There are free tours of the building available Monday, Tuesday, Thursday and Friday at 12:30PM and 5PM in both English and Spanish.

The Palermo neighborhood includes several touristic destinations and most of the best museums in the city. The zoological gardens and Museum of Latin American Art are two examples of them. You can find many restaurants, shopping malls, and of course a great night life.

Avenue Alvear is the most elegant street in the city. It is a residential street with the nicest hotels: Alvear Hotel and Palacio Duhau. There are also many of the fanciest stores along this avenue.

The Japanese Garden is one of the most famous landmarks in the city and it is well worth visiting.

If you are in Buenos Aires you must drink mate. Mate is a traditional caffeine-rich infused drink, similar to the idea of tea.
Other typical food you must try while visiting Buenos Aires are bizcochitos de grasa, empanadas salteñas, asado, provoleta, and ensalada criolla. Of course as a dessert you must enjoy dulce de leche and alfajores or both of these combined!

Argentina is one of the world’s largest producers of wine. While it was not always known for its wine, in the late 1990s Argentine wineries began to improve their wine for international expansion. They quickly shot to the main stage, especially for Malbec, Torrontes and Bonarda.

⇟ More articles from Buenos Aires that might interest you:

➳ Read More: Walking Guide: What to do and see in Buenos Aires

➳ Read More: A Wanderlust Weekend in the City of Buenos Aires, Argentina

➳ Read More: What to Do and See in Bueno Aires in 2 days 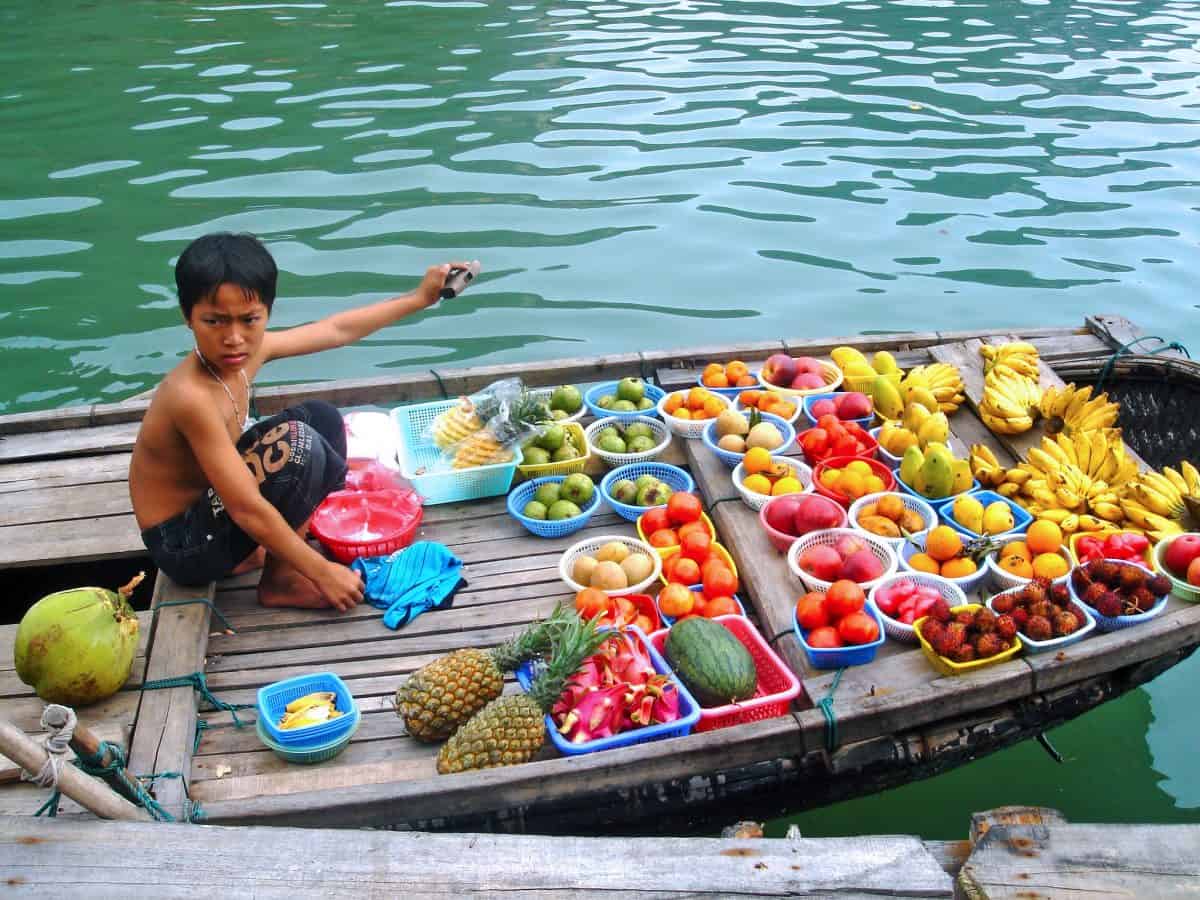 ← Previous
Top Things To Do in Hanoi, Vietnam 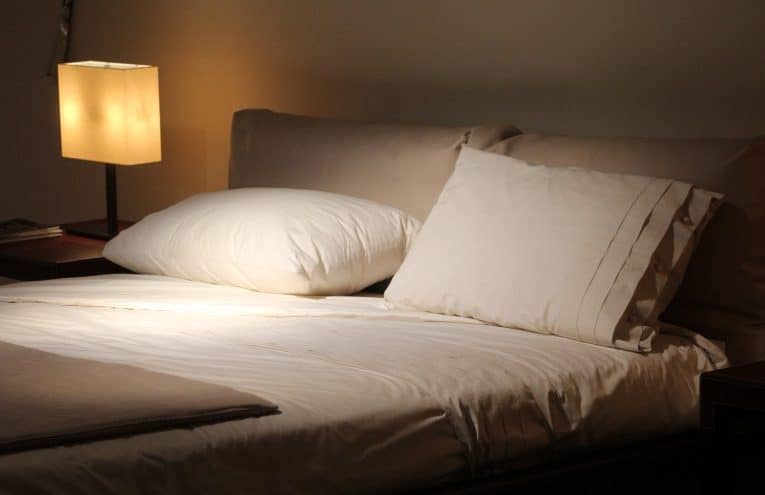 Great architectures and beautiful pictures and this is on my bucket list to do cities for 2017. Thanks for the guide.

The architecture is just... Wow! Would love to visit someday when I have a chance! I don't really know much about Buenos Aires, so thank you for sharing this!

A friend went to that area of Argentina over the Christmas holidays. It sounds like a wonderful place to visit.

I would love to go to Bueno Aires one day it is a beautiful place and I have friends that live there too!