Top Things To Do in Sofia | How to Spend 2 Days in Sofia, Bulgaria

There is so much to see in just 2 days in Sofia, the capital of Bulgaria. Sofia is the perfect European destination to avoid places full of tourists. Sofia is a beautiful city in the heart of Eastern Europe but that unfortunately it is underrated. Many people might say that Sofia is not worth the trip but in our experience it is a great city to spend a day or two.  Even though, the capital does not have many activities or things to do, it is still a city full of history and beautiful buildings.

In planning our trip we barely did any research on the location for a unique experience without a set itinerary. Expecting a traditional old town with reflections of its communist past, we were pleasantly greeted with a beautiful, fast growing city instead.

We have created the best 2 day itinerary for you to enjoy an amazing weekend in Sofia. Sofia is the cheapest European Union capital city, which is great when traveling on a budget. Its citizens are nice and really open to help with recommendations on where to eat and what to see in Sofia.

➳Where to stay in Sofia: The best hotels in Sofia

The main things to do in Sofia are its historic churches and museums. In this Sofia 2 day itinerary we have included the main spots that you need to visit and photography spots you must take in the city. If you are planning on visit other places in the country make sure to check out this guide with the best things to do in Bulgaria.

What are the tops things to do in Sofia map:

How to get to Sofia?

It all depends from where you are coming. If you are visiting Sofia from a neighbor country or even within Bulgaria, you can easily get an overnight bus. We recommend Flixbus as it has been our favorite bus company to travel across Europe. The buses are safe, clean, comfortable and cheap.

If you are not coming from a neighbor country it might be easier to take the train or a flight. Even though, flying to Sofia is barely cheap.

How to get around Sofia?

Sofia is a very walkable city, with the majority of attractions in walking distance from each other. If walking is not something you enjoy much, you can buy a metro day ticket from the tourist information for 4 BGN (2 euro) or a single ticket for 1.60 BGN. Public transportation in Sofia is great and you can buy the tickets on the machines or staffed metro counters. The metro tickets do not include the busses or the tram.

Another great option is to go on a bus tour around Sofia.

How to get from the airport to downtown Sofia?

You can take a bus or the metro from the airport to downtown Sofia. Keep in mind that if you have large luggage you will have to buy an extra ticket for them.

We recommend taking a taxi or a private transfer as it is not that expensive and it is faster. A taxi from the airport to downtown can cost around 10-15 BGN (5-8 euros).

2 Days in Sofia – Itinerary for a weekend in Sofia:

Sofia is a relative small city with several attractions, and the majority of them are located in the city center. We recommend taking a free walking tours and learn more about the history of the city and each building.

The Church of St. George Rotunda

The Church of St. George Rotunda is the oldest preserved building in modern Sofia, built in the 300’s. It is a wonder how it still survived after so many centuries. Inside you will be amazed with frescos from different times in history ranging from the 10th and 14th centuries. The church became a Mosque in the 1600’s.

It is free to go inside but you are not allowed to take photos. Outside the church you can still see the flagstones of a Roman street and other remnants. In your 2 days in Sofia you must visit the Church of St. George Rotunda.

The Cathedral of St Joseph is the only catholic church in the city. It was rebuilt and inaugurated on May 2006 after it was destroyed during World War II. The Cathedral is a special place for catholics as the foundation stone was laid by the Pope John Paul II during his visit to Sofia in 2002.

You can visit inside, which we strongly recommend as it is a beautiful synagogue. When we went it was under construction, with half of the synagogue and the Jewish Museum being closed. There is an entry fee of 2 euros per person.

With only 2 days in Sofia you must visit one of the most beautiful buildings in the city, the Sofia Synagogue.

It is one of the most colorful and beautiful buildings in the city. It used to be a mineral bath as Sofia has abundant natural spring activity. The Central Baths were built in 1913 and remained active until they closed in the mid 1980’s.

The building was built in the so-called National Romanticism style, strongly influenced by the European Secession and has a large dome that will catch your attention. Today the Central Mineral Baths is home to the Sofia Regional History Museum.

The bubbling has several drinking fountains, where the mineral water that comes out is warm and has healing qualities. Even though, the flavor is strong, locals bring giant water bottles to fill up and take home.

The Banya Bashi Mosque is a beautiful mosque that you can enter except during prayer times. It is the only mosque in the city and was designed by Mumar Sinan. It was built in 1576 at the beginning of the Ottoman period. The mosque holds up to 700 people.

Church of St Nicholas the Miracle-Maker

The Church of St Nicholas the Miracle-Maker also known as the Russian Church, is a Russian Orthodox church in the Sofia. The church was built to be the official Russian Embassy church as well as for the Russian Community. The church is free to visit, the only thing is that photos are not allowed inside.

The church has five gold coated domes that make the building stand out from its surroundings. Something interesting about this church is that even though it was open to the public during the communist period people who attended services as well as the priest were carefully watched by the state police.

Without a doubt, visiting the Church of Saint Nicholas is one of the best things to do in 2 days in Sofia.

This theater was built by two Viennese architects, Helmer and Fellner. They both are known for their extravagant buildings across central Europe. The theater was built in 1909 with a grand neoclassical style.  Today it is used for mostly drama productions.

The city is named after this church in the 1330’s during the Second Bulgarian Empire. It is not one of the most beautiful churches in the city but it is in front of the Alexander Nevsky Cathedral so it is just a quick detour.

This church dates back to Byzantine times and was built in the 500’s. You can into the basement and visit the remnants of this ancient church, and even seen tombs that are an estimated 15,000 years old.

As many of the other churches in Sofia, during the Ottoman rule the building was transformed into a mosque.

St. Nedelya Church is a Eastern Orthodox church with a medieval architectural style, even though it has been destroyed and rebuilt many times. It is a main landmark of Sofia for its beautiful frescos. You are not allowed to take photos inside the church unless you pay a small fee. It is totally worth the fee and please remember to bring cash as they do not accept credit cards.

St. Nedelya Church was our highlight during our 2 days in Sofia. It is a church you must visit during your time in this gorgeous city.

Church of St Petka of the Saddlers

The Church of St Petka of the Saddlers is a small medieval church located between the modern and antique city of Sofia. It is close to the TZUM subway and the medieval walls. The church was found after some excavation work after World War II.

Today it is a monument of culture because of its mural paintings from the 14th to 19th century depicting a range of biblical scenes.

The Central Market is a covered market in downtown Sofia in front of the Central Mineral Baths Building. It was opened in 1911 and to this today is an important trade centre in the city.

Walk down the Vitosha Boulevard

Vitosha Boulevard is our favorite street in the city as well as the fanciest one. Here you will find all the boutiques and fashion stores. The best thing about this boulevard is that is pedestrian only and you can enjoy a perfect view of the Vitosha Mountains. It is perfect to spend the afternoon shopping, walking and getting a coffee. You can easily spend a couple of hours just wandering around and enjoying the atmosphere.

The Alexander Nevsky Cathedral is one of the biggest buildings in Sofia and definitely a must see in your 2 days in Sofia itinerary. It is also one of the biggest churches we have seen. It has room for 10,000 standing people and it is the second largest cathedral in the Balkan region. Even though this is an active church, it cannot be used for rituals such as getting married. It was originally dedicated to the Russian soldiers who lost their lives to liberate Bulgaria. The Cathedral dates back to the 1880’s.

In Sofia you are not allowed to take photos inside churches, but this particular church you are allowed to photograph and record for a small fee. It is worth paying as the fee is not expensive and the beauty in breathtaking.

➳ Tip: Look at the cupola, it will leave you breathless.

Flea Market adjacent to the Cathedral:

It is the largest bazaar in the region where you can easily find anything from cameras to toys to paintings, clothes and more. It is next to the Alexander Nevski Cathedral. It is open every weekend from sunrise to sunset.

If you free time in Sofia you should see:

Borisova Gradina: It is the oldest and best known park in Sofia. The history of the garden embraces three distinct periods in the late 19th, early 20th century under three renowned gardeners.

Sveti Sedmochislenitsi Church: It is a Bulgarian Orthodox church built between 1901 and 1902 by converting an abandoned Ottoman mosque.

The National Palace of Culture

The National Palace of Culture shows Sofia’s Communist heritage. Here you will find solemn statues next to the grey concrete and edgy architecture of the cultural center mark the otherwise rather bland park.

The Statue of Sveta Sofia

Monument to the Soviet Army

The Soviet Army monument was built in 1954 to honor the soviet soldiers who died in World War II. Today, this monument is where people protest and even vandalized.

The Snail House I think it is one of the coolest buildings I have ever seen. It has the shape of a snail. The house is located in the Simeonovo neighborhood.

Sofía is the perfect hub to take day trips. Bulgaria has beautiful landscapes and hikes you can do. It is difficult to get to some of these places via public transport, so a tour is definitely the best way.

What to see in Sofia in 48 hours travel video: 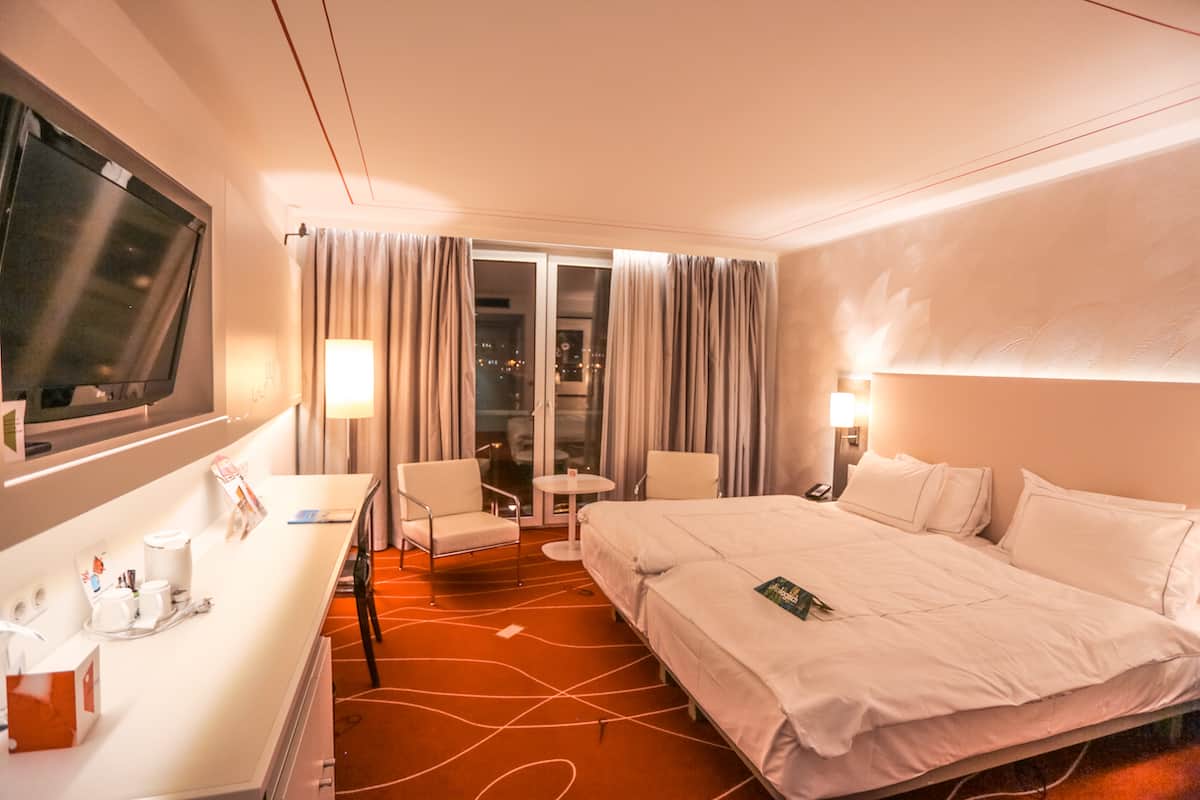 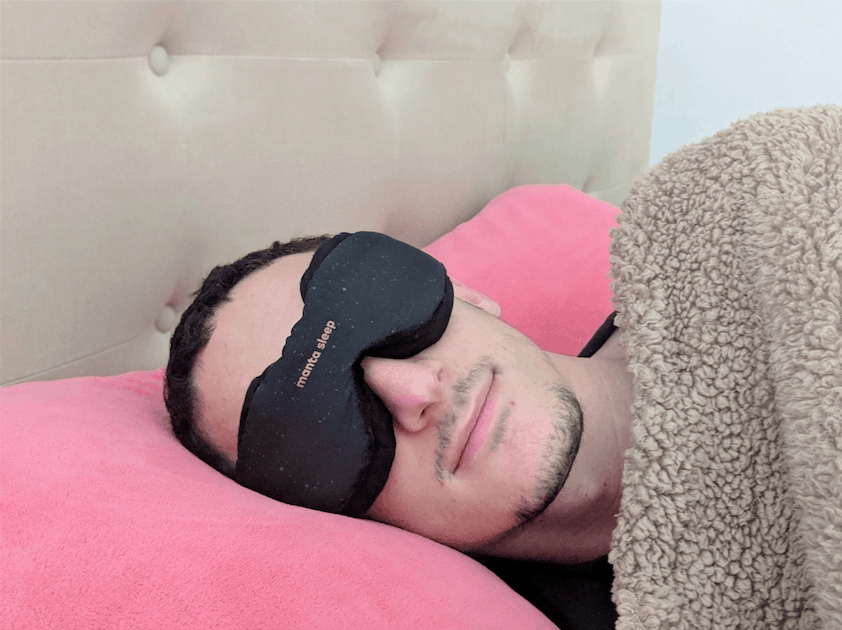