Photography Guide With The Most Instagrammable Spots In Warsaw, Poland

Before visiting any destination I always look for some travel inspiration, so when I knew I was going to visit Warsaw I started doing some research of the best places to take photos in Warsaw. Even though I did find some great ideas, it was not a complete guide with all the amazing locations I found once I was in the city so that is why we created a complete photography guide with the most Instagrammable spots in Warsaw.

Warsaw is such a beautiful city that has undergone massive growth in the past decade. After being nearly completely destroyed in WWII the city has rebuilt itself to a vibrant and colorful destination. Warsaw has so much history and has so much to offer to different types of traveler, but it is an oasis for photography lovers. It is not quite as popular as other Europe cities but it can definitely give you a better idea of the Eastern side of Europe.

Warsaw has a beautiful mix between an old city and a modern one, even though the old town itself was totally rebuilt. We have selected our favorite photography spots in Warsaw for you to enjoy and get fantastic photos.

➳ Where to stay in: Warsaw

How to Get Around Warsaw?

It is really easy to travel around Warsaw as they have really good public transport and it is a very walkable city. We use Google Maps to get directions as it also has the information of what bus or tram to take along with the cost.

The Most Instagrammable Spots in Warsaw:

The Old Town Market Square is the second most famous landmark in the city. It has many colorful and gothic style architecture surrounding the square. Here is where you will find the seasonal markets and open air restaurants during Summer. There is also an statue of the city’s symbol, a mermaid.

➳ Tip: Wake up early to take a good photo of the empty square and then go back in the afternoon to take a photo of the square with people hanging out.

With all of its colourful buildings this is one of the best spots for your perfect Instagram photo in Warsaw.

Our first encounter with Warsaw was the Square in front of the Royal Palace. It was love at first sight with the sunlight come up, casting a glow over the square. It is even more beautiful seeing it from above. Even though you have to climb many steep stairs to reach the observation deck, it is worth it! The entry fee is less than 2€. The Observatory is easy to spot, between the Royal Castle, the Sigismund’s column and the church.

➳ Tip: Make sure to go up the tower a couple of hours before sunset as you want to avoid long shadows from the surrounding buildings being cast across the square.

St Anne’s Church Observation deck should be first on your list of the best Instagram places in Warsaw.

This photo of the New Town was taken through the window of the apartment we were staying, the highlight of our stay. The New Town, was built in the 15th century between Fountain Park and the Old Town. This part of town as it is still beautiful, colorful and less crowded than the historic city.

The first time we visited Warsaw we missed this amazing garden, but the second time around it was not to be missed! It is a great spot to visit especially during fall as the colorful leaves makes the place more vibrant. My cousin who used to live in Warsaw tells me that it is even more beautiful during summer. It is definitely a hidden gem in the city.

➳ Read More: The best things to do in Warsaw

The Garden is a large green space located on the roof of the Warsaw University Library with a great view of the city and the Vistula River. In the garden you will find running streams, ponds, sculptures and solar panels.

Without a doubt the Warsaw University Library Rooftop Garden is one of the most instagrammable spots in Warsaw.

5. Palace of Culture and Science

The Palace of Culture and Science was a gift from the Soviet Union during the 1950s, so there have been recurring calls to demolish this building. As the tallest building in the city, we am happy it remains as it is one of our favorite buildings in the city.

The Palace of Culture and Science is one of my favorite most instagrammable spots in Warsaw.

6. Palace on the Isle

The Palace on the Isle used to be the royal summer palace located on an artificial lake at the Lazienki Park. It is a huge park, so you can easily spend a couple of hours walking around the park where you can often find peacocks.

Another Instagrammable spot at the Lazienki Park is the Chinese garden, so make sure to check it out!

➳ Tip: The best place to take a photo of the palace is from the bridge on the southern side of the park. From there you will get the perfect symmetrical reflection of the Palace on the lake.

The Wilanow Palace is our favorite palace in the city because of how colorful it is. The palace is known as the Polish Versailles, which comes as no surprise and it is one of the few landmarks that survived WWII.

The beauty of the Wilanow Palace makes this one of the most instagrammable spots in Warsaw.

The Koszyki Market is a historic indoor market in Warsaw. In 2016 it went through renovations and redesign and it became one of Warsaw’s top culinary spots. .

➳ Tip: Go to the first floor terrace to take a photo of the wrought iron roof structure against the red brick interior.

From the Gdanski Bridge, double-decker steel bridge across the Vistula river, you can get a fantastic panoramic of Warsaw. From the Gdanski Bridge you will get a new perspective of the city featuring the Old Town, the New Town and all the skyscrapers in the business center all in one frame.

The most instagrammable spots in Warsaw Travel Video:

Here you can find more activities to do in Warsaw: 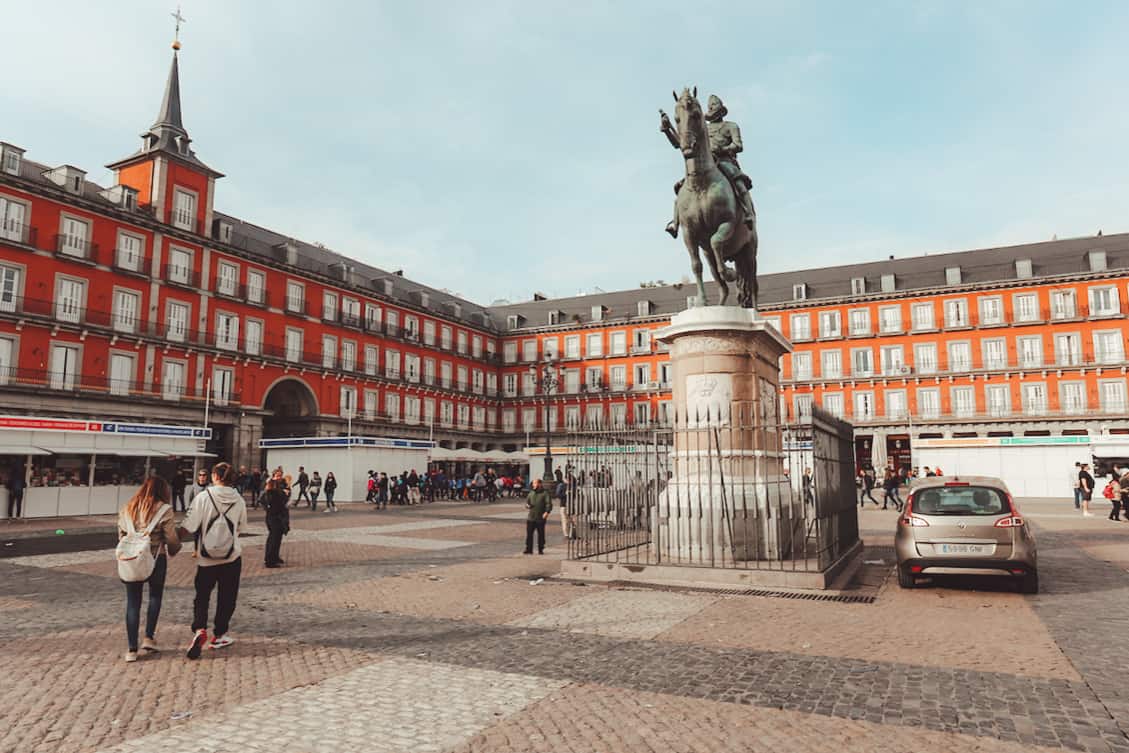 ← Previous
9 Things To Do in Madrid, Spain During a Long Layover 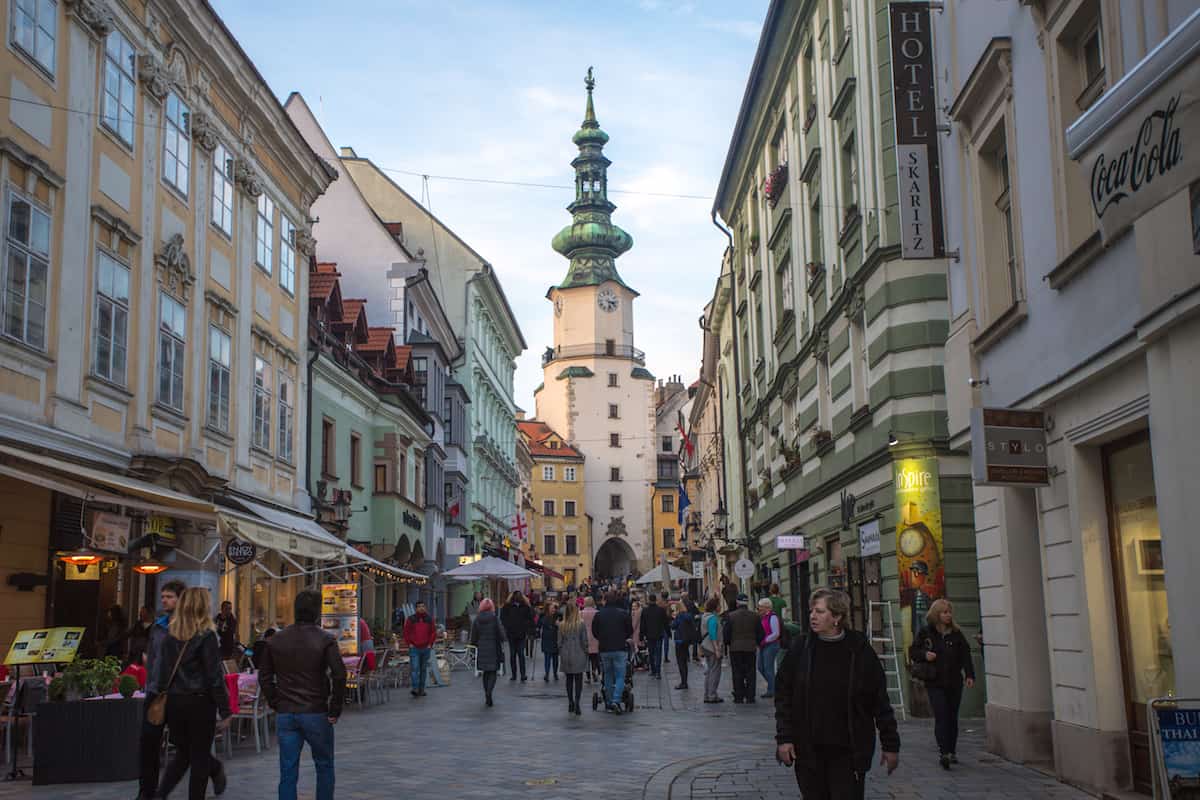