The Best Things To Do in San Marino, Europe

San Marino is the 5th smallest and oldest country in the world. It is located in the central Italy between the regions of Emilia-Romagna and Le Marche. This small country is famous for the Formula 1 and the Historic Centre which is considered an UNESCO heritage site. It is one of several tiny countries in Europe.

In this guide we will share the best things to do in San Marino in one day. Visiting San Marino is a great day trip from Florence, Bologna or Rimidi.

How to get to San Marino:

Travel Map with the best things to do in San Marino:

In this map you will find all the best things to see and do in San Marino in one day to explore the historic hilltop city center.

Città di San Marino, is the capital of the country and where you will find the most interesting things to do in San Merino. Even though you could spend a couple of days exploring San Marino, a day trip to San Marino more than enough to explore this tiny country. Depending on what you are interested in doing you can even explore the historic center in a half a day.

One of the best things to do in San Marino is walking to the towers, also known as “rocche” or “torri”. Walking along the path that takes you from tower to tower gives you the best viewpoints in the city. The towers and fortress are located at the top of Monte Titano, the biggest landmark in the San Marino.

Walk around the historic center of San Marino

The historic center of San Marino is full of souvenir shops and cute restaurants. Around every corner you find yourself walking through over 1000 years of history

Other places to visit in the historic center of San Marino: 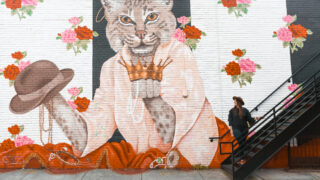 ← Previous
The 10 Most Instagrammable Places in Raleigh, NC 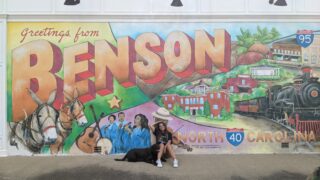 Next →
7 Dog Friendly Things To Do In Benson and Johnston County, NC
Click here to cancel reply.