The Soul Center of the World: Memphis, Tennessee

Head on down to Memphis, Tennessee, the music center of the world. As the birthplace to blues, soul and rock and roll, music remains a driving force behind the upbeat mood of Memphis. Known for such greats as Elvis Presley, B.B. King and Johnny Cash Memphis has so much to offer all its visitors.

From the main attractions to hidden restaurant gems you can easily spend several days exploring the city and surrounding area. We found that the longer we stayed the more local places we found out about and had to visit! Get your blue suede shoes on and ready to explore Memphis!

Peabody Hotel, the nicest in Memphis is not most famous for its accommodations. Rather, it is home to the world famous duck march. Every day at 11AM The Peabody Duckmaster rolls out the red carpet for five in house ducks to march from their rooftop penthouse to the fountain in the middle of the lobby.

The ducks remain in the lobby until 5PM, when they march again upstairs for the night. If you want front row spots to the show you need to arrive early as the front row can fill up an hour in advance. 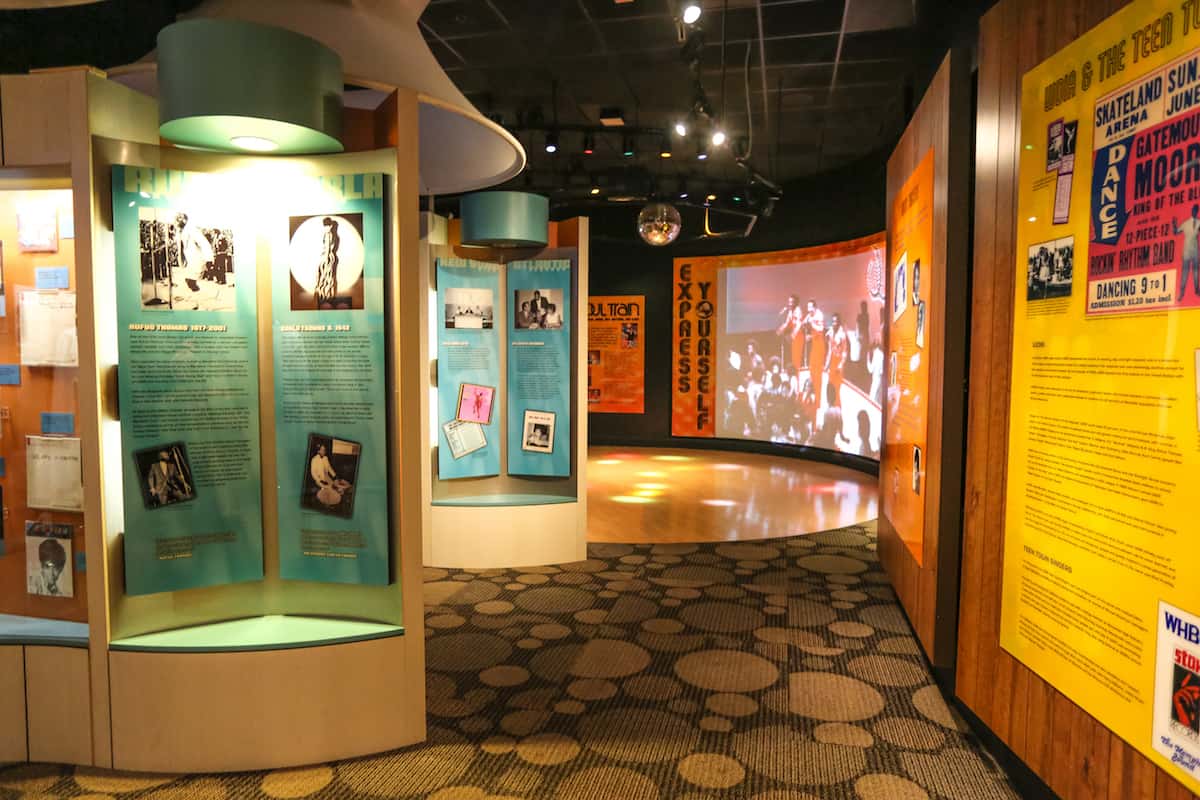 Stax is a former soul music record label that create a new culture in the music industry. It gave people the liberty to record what they liked, whenever they felt like doing so. The Stax Museum is a replica of the original building with an in depth look at the history of soul music.

The Stax label placed more than 167 hit songs in the top 100 pop charts, 243 hits in the top 100 R&B charts and earned 8 Grammys and 1 Oscar. This label is also known for launching the music career of Isaac Haynes, Otis Redding and Booker T and many more.

The Stax Museum is open daily from 10AM to 5PM. Tickets cost $13 for adults. 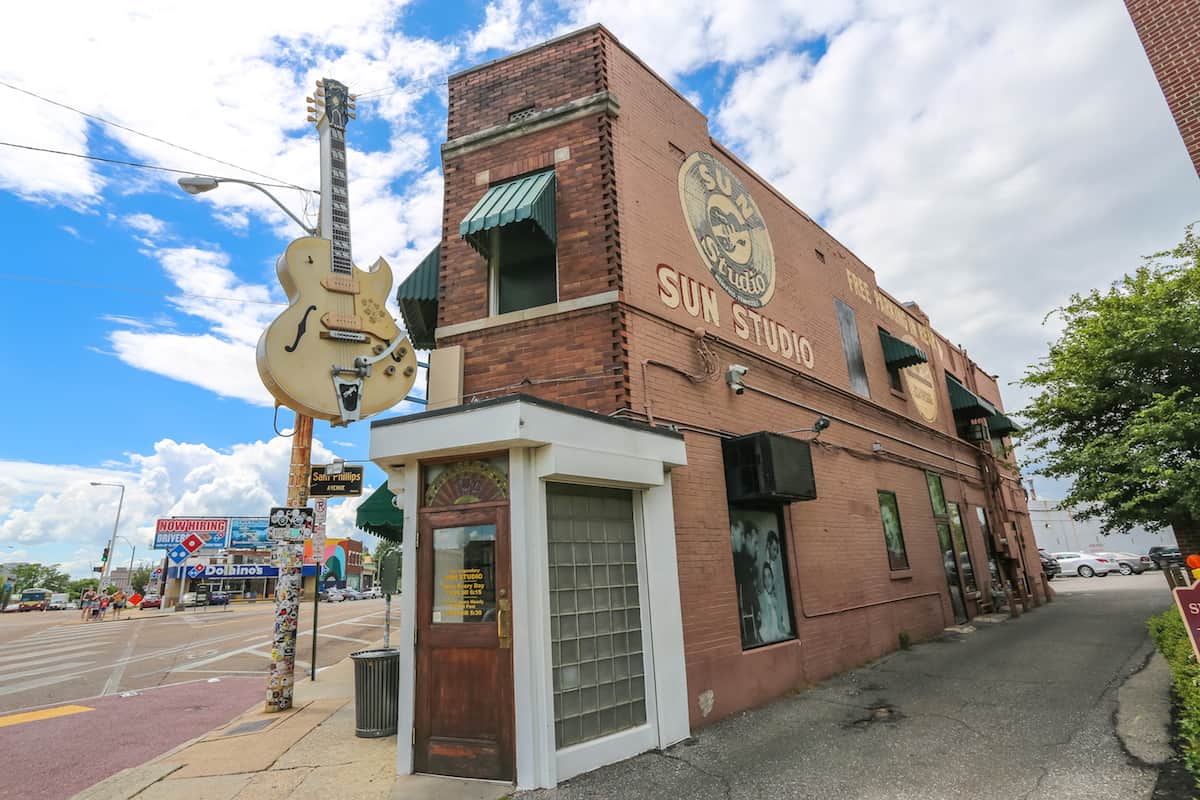 Witness the hallowed ground that was the birthplace of Rock ’n’ Roll. Started as the Memphis Recording Service, Sun Studio recorded the first ever rock and roll single. It is also where Elvis Presley grew from an unknown teen to the king of rock and roll.

The connected cafe and memorabilia shop is open daily from 10AM to 6PM. Tours are given every hour starting at 10:30AM. Tour tickets are $14 for adults. 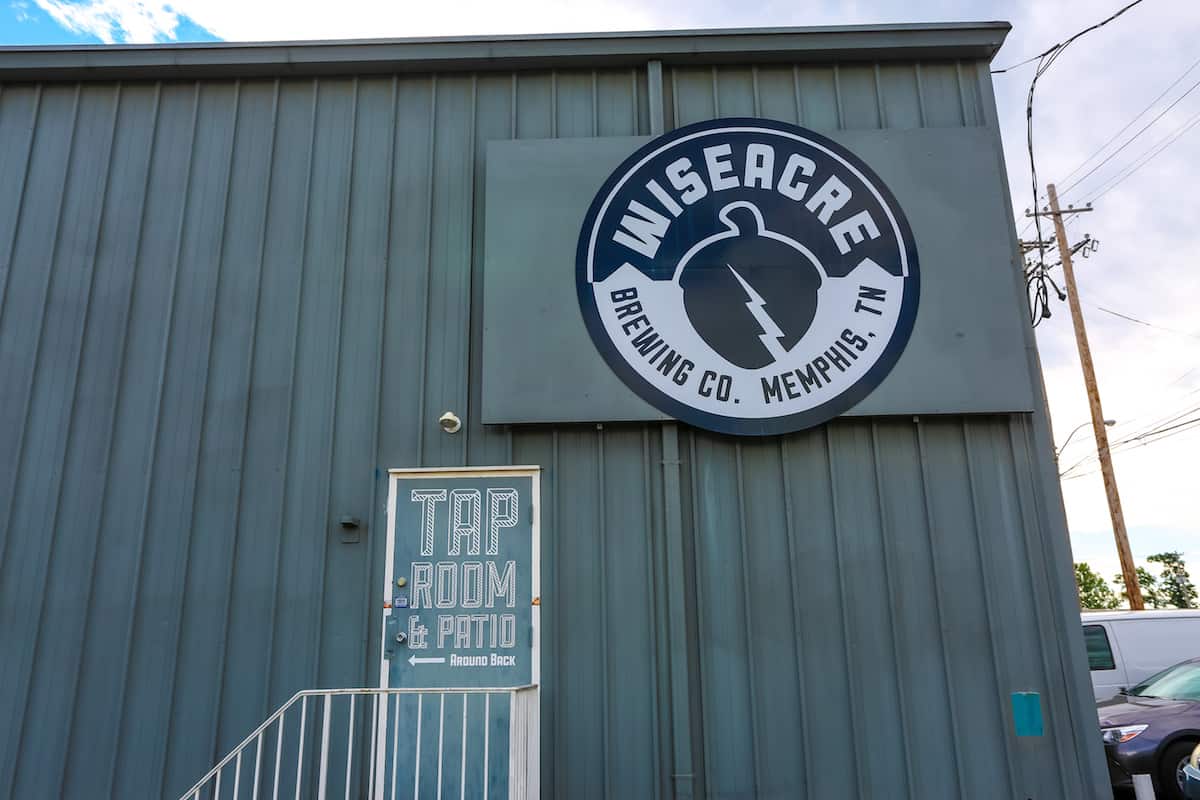 After a long morning of touring it is great to get off your feet and enjoy a local brew. The Wiseacre Brewery creates some amazing flavors that you can try right in their taproom.

They also offer a tour on Saturdays at 12PM and at 2PM. The first tour covers how the brewery started, the history of beer, they will share the ingredients and the brewing process. It includes 4 different beer samples and a take home logo glass. The hour long tour costs $15 and reservations can be made online.

The second tour is only 45 minutes, includes a glass of tap beer and costs $10. This tour is offered on a first come first serve basis.

In this area you will also find a handful of beautiful murals on Broad Avenue. 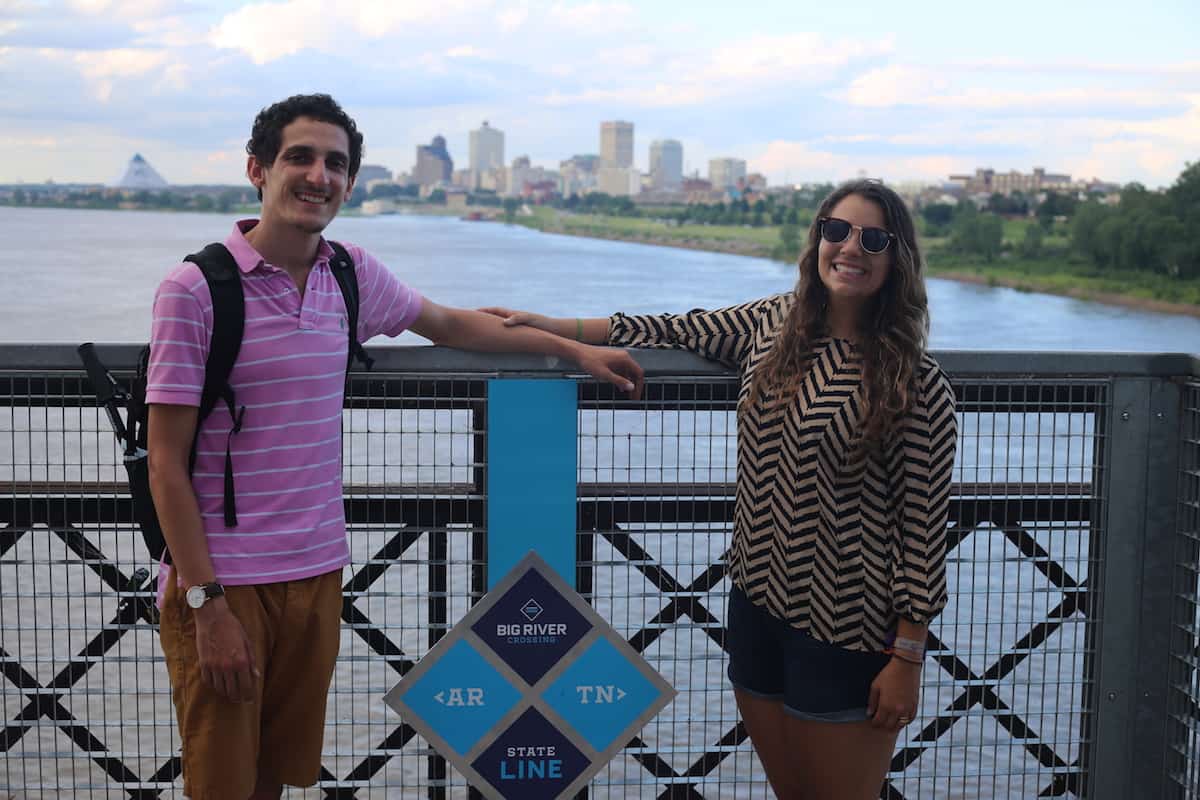 Big River Crossing is a pedestrian bridge where you can walk across Mississippi River from Tennessee to Arkansas. It is the perfect place to get a photo at the state line with a beautiful view of Memphis’ skyline. We recommend to go in the afternoon during summer as Memphis can get hot and humid, and the afternoon is more refreshing. 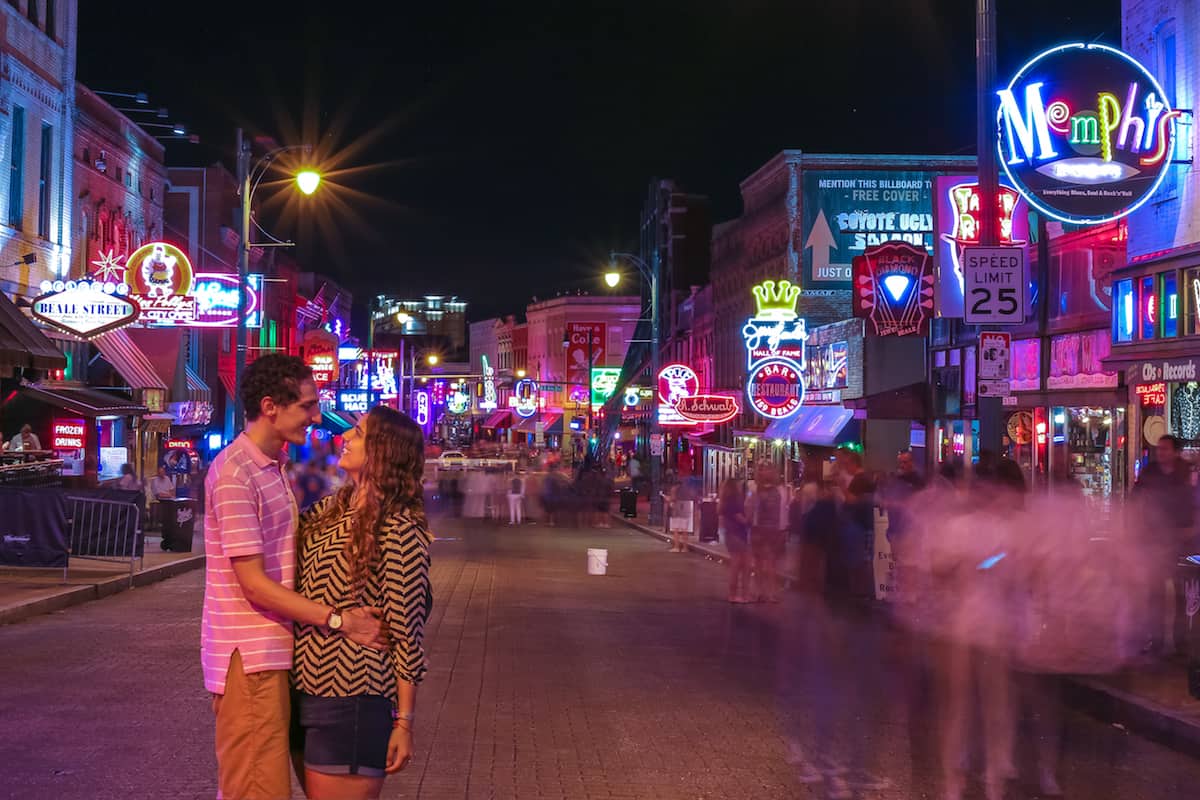 As the heart and soul of Memphis you cannot say you visited the city without exploring Beale Street. It has some of the best restaurants to try the local foods and is worth walking through during the day.

However locals say your visit to Beale Street does not count unless you visit at night. As the sun goes down the neon lights come on and the music creeps out of every bar. Pretty much every location on the block offers live blues, soul and rock and roll with great drink specials! 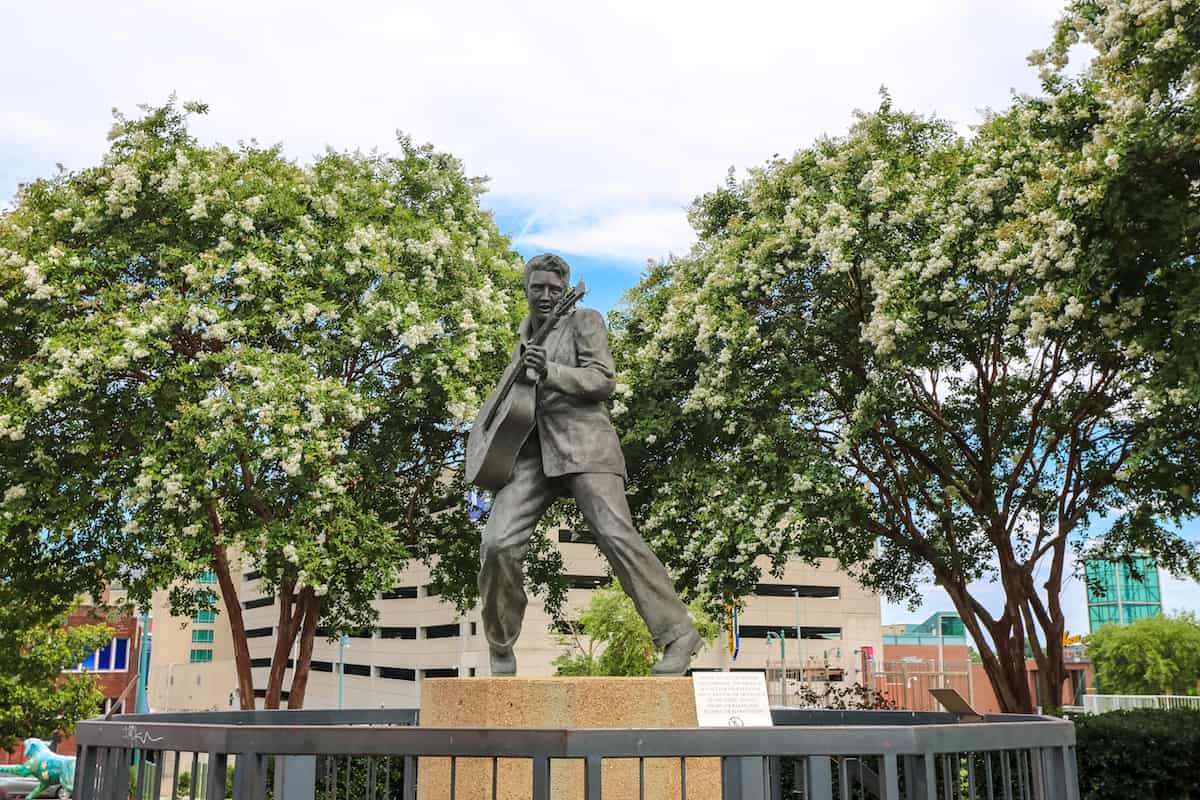 Located on Beale Street you have to stop by Elvis Presley Plaza to get a photo of the king dressed as he would be during his early days playing on Beale Street. Do not cross the fence as it will set off an alarm due to the number of Presley fanatics that visit the area. 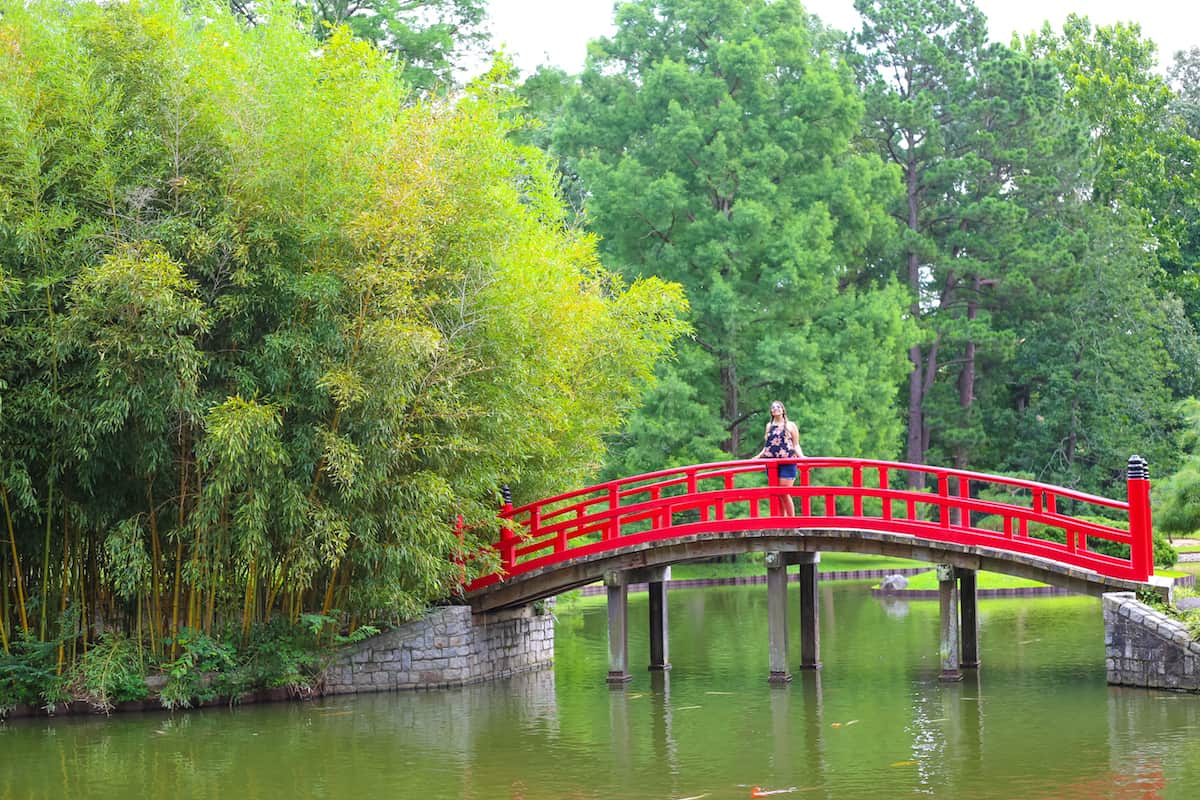 Memphis might be a mecca for music lovers, but the eclectic city has so much more to offer its visitors. If you are looking to get out of the bustling part of town for a relaxing afternoon head on over to the Memphis Botanical Garden.

This beautiful gardens has many sections to walk through and enjoy the sights and sounds of nature. Our favorite section is the Japanese gardens with a lively koi pond and its classic Red Bridge.

The gardens are open daily from 9AM to 6PM in the summer and until 4:30PM in the winter. Tickets cost $10 per adult. 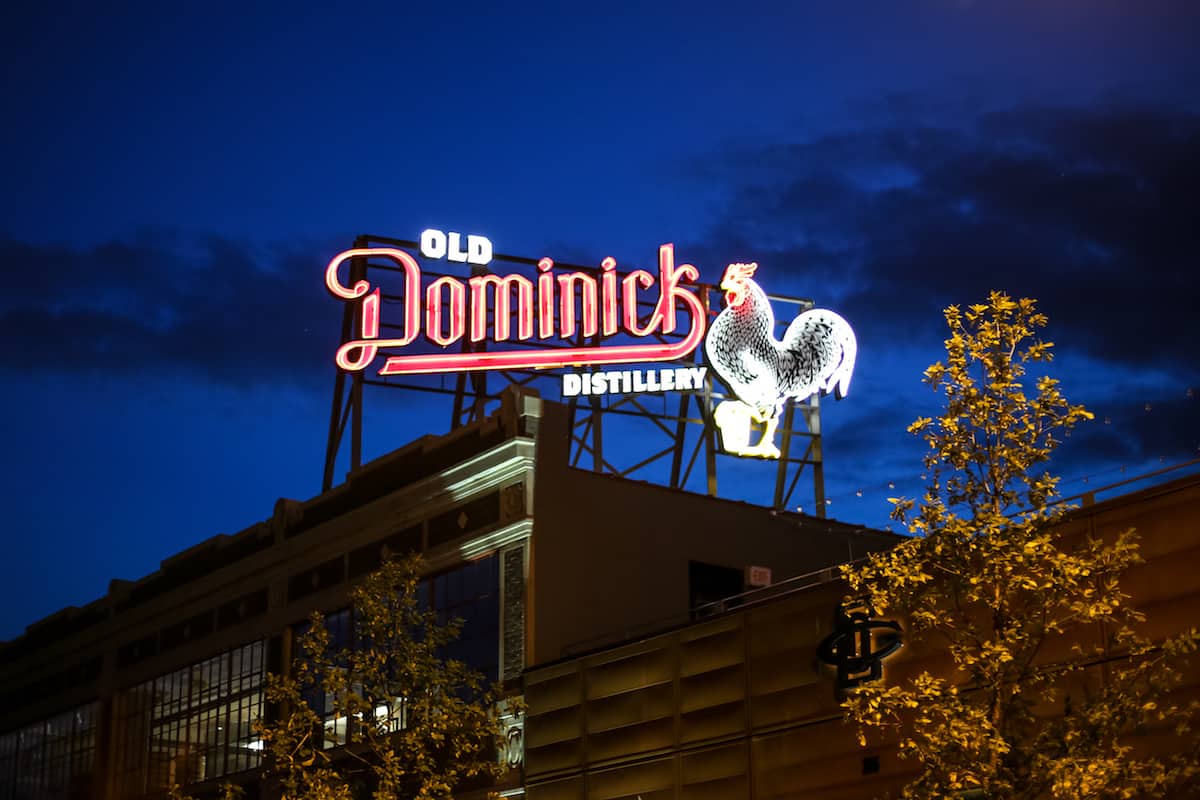 The Old Dominick Distillery is the only distillery on the western part of Tennessee. The distillery recently reopened using its century old Toddy recipe from founder Domenico Canale. As the Distillery only opened at the beginning of 2017 the whiskey will not be bottled until around 2020, but they do offer vodka and toddy today.

It is a nice tour to do if you are interested in the Tennessee Whiskey process or the vodka process. The guided tour of the distillery starts with the history and ends with a fun tasting! Tickets are $12 per adult. The tours run on the half hour until one hour before closing. The Distillery is open with the following hours:

They are part of the Tennessee Whiskey Trail program where you collect stamps from each distillery in the state. When you complete the passport you receive a free commemorative t-shirt!

The funnest museum in Memphis is the Rock ‘n’ Soul Museum. It covers the musical pioneers in Memphis and how the city broke the racial barriers of music to create an amazing mix of new genres.

This partially interactive museum shows the power music can have to bring us all together, with complete historical information on Memphis music with plenty of great songs to enjoy.

The Rock ‘n’ Soul Museum is open daily from 10AM to 7PM. Tickets cost $12 per adult or $17 for a combined ticket with the Memphis Music Hall of Fame. 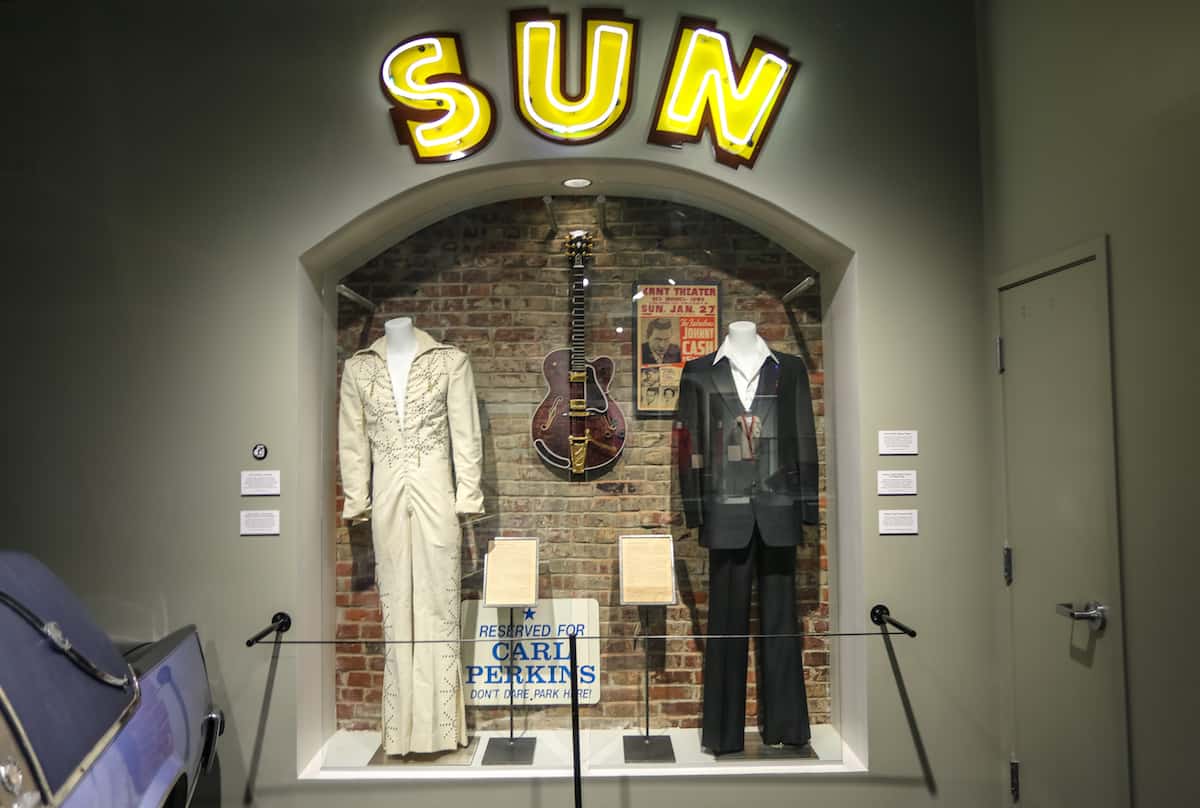 A new addition to the city is the Memphis Music Hall of Fame. This sister museum to the Rock ‘n’ Soul Museum opened in 2015 to commemorate those musicians inducted into the hall of fame. As a small space it features memorabilia, interviews and music of some of the greatest to have come out of Memphis.

The Memphis Music Hall of Fame is open daily from 10AM to 7PM. Tickets cost $8 per adult or $17 for a combined ticket with the Rock ‘n’ Soul Museum. 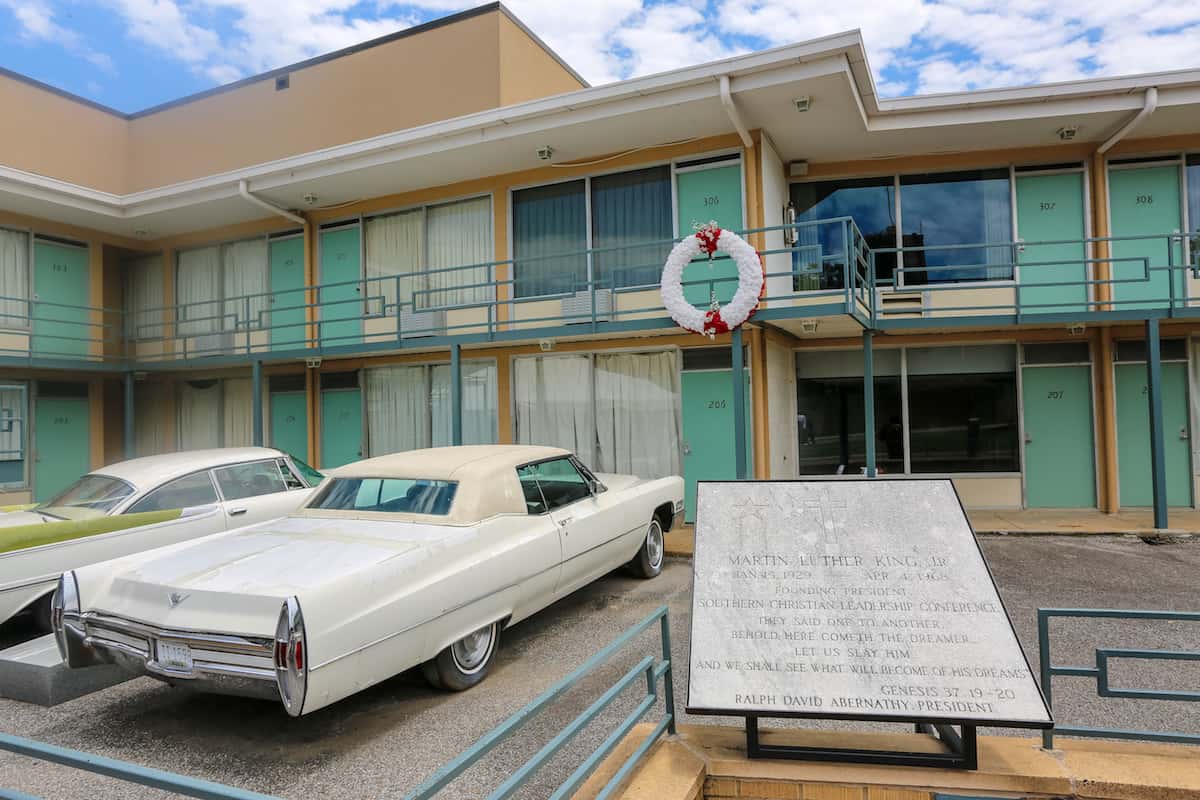 The most moving part of all of Memphis is the National Civil Rights Museum. This museum is located inside the Lorraine Motel where Dr. Martin Luther King Jr. was assassinated. Follow the trail of racism and the civil rights movement through to this pinnacle moment.

The museum also includes the building across the street, where you can see the spot the sniper stood. It also looks in depth at the fight for equality by many groups from around the country and world.

No matter when you visit the museum is packed due to its historical and modern significance. It can easily take 2-3 hours to work your way through all the exhibits. The museum is open Wednesday through Monday from 9AM to 5PM. Tickets cost $15 per adult.

Bass Pro Shops at the Pyramid 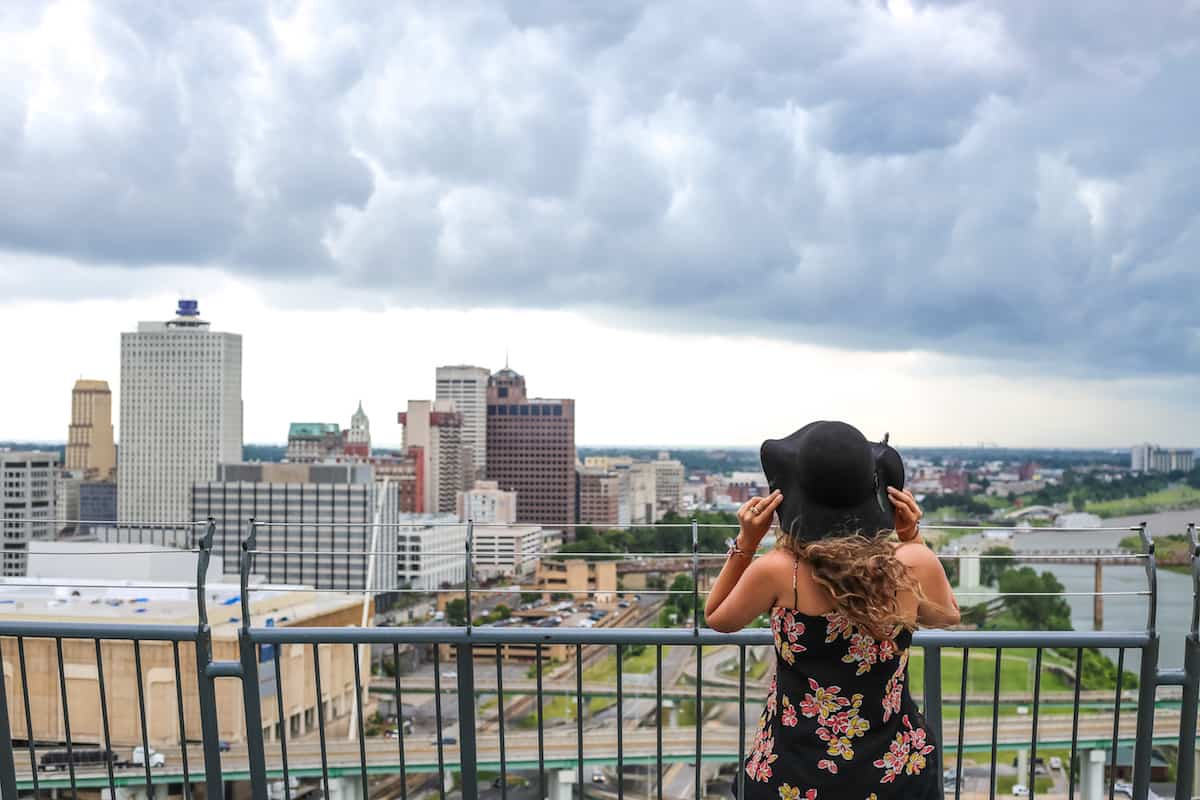 No its not Las Vegas, but the Pyramid of Memphis has Bass Pro Shop megastore built as an adventure center. It has an alligator enclosure, massive aquariums, a bowling alley, restaurant, hotel and the tallest freestanding elevator in the nation leading up to an observation deck. 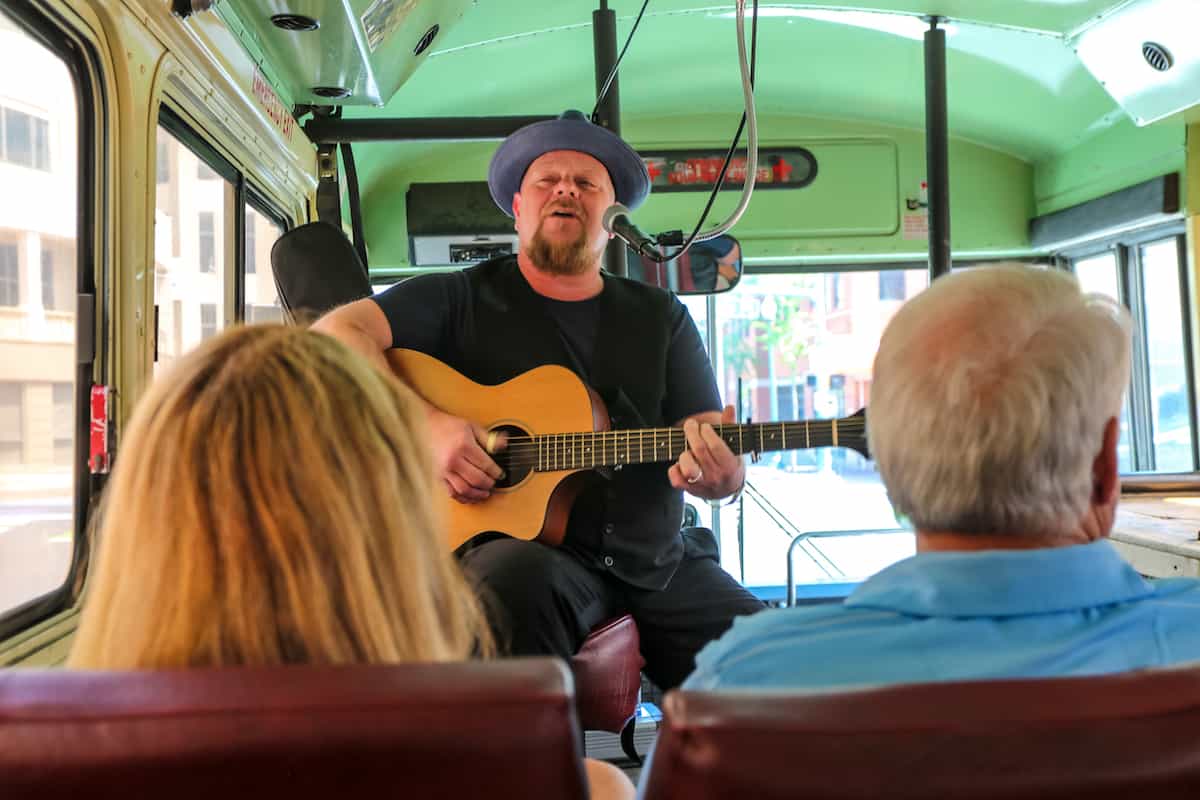 It is no surprise that music plays an important role in Memphis, Tennessee as the home of the blues and birthplace of rock and roll. Backbeat Tours provides a unique bus tour to get a snapshot of the city. The tour guides are local musicians who are able to bring the musical history to life!

We took the 90-minute music and laughter filled Memphis Mojo Tour and had an amazing time enjoying the guitar playing famous sites. Have no worries, there are plenty of tambourines and shakers for you to join in the fun.

We learned things such as that Lanky store is all the crazy and colorful clothes of the celebrates. The clothier to the king. Some of the highlights of the tour include the Presley family apartment, the location of Elvis’s first show (Levitt Shell) and Johnny Cash’s apartment. 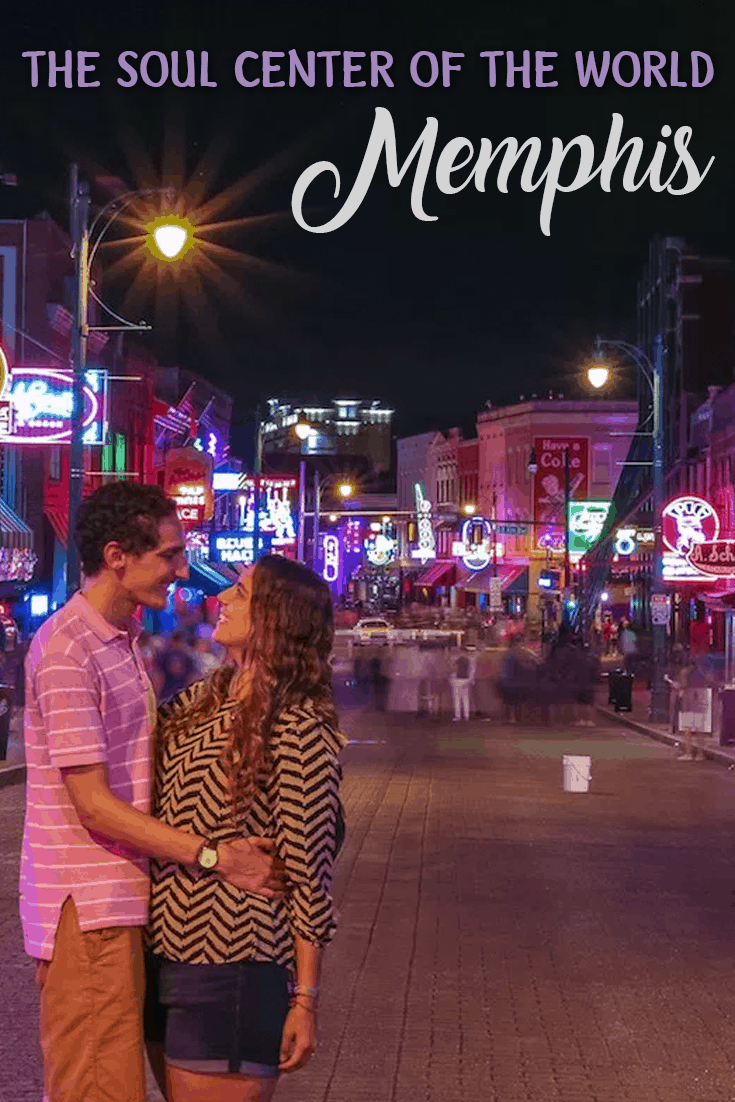 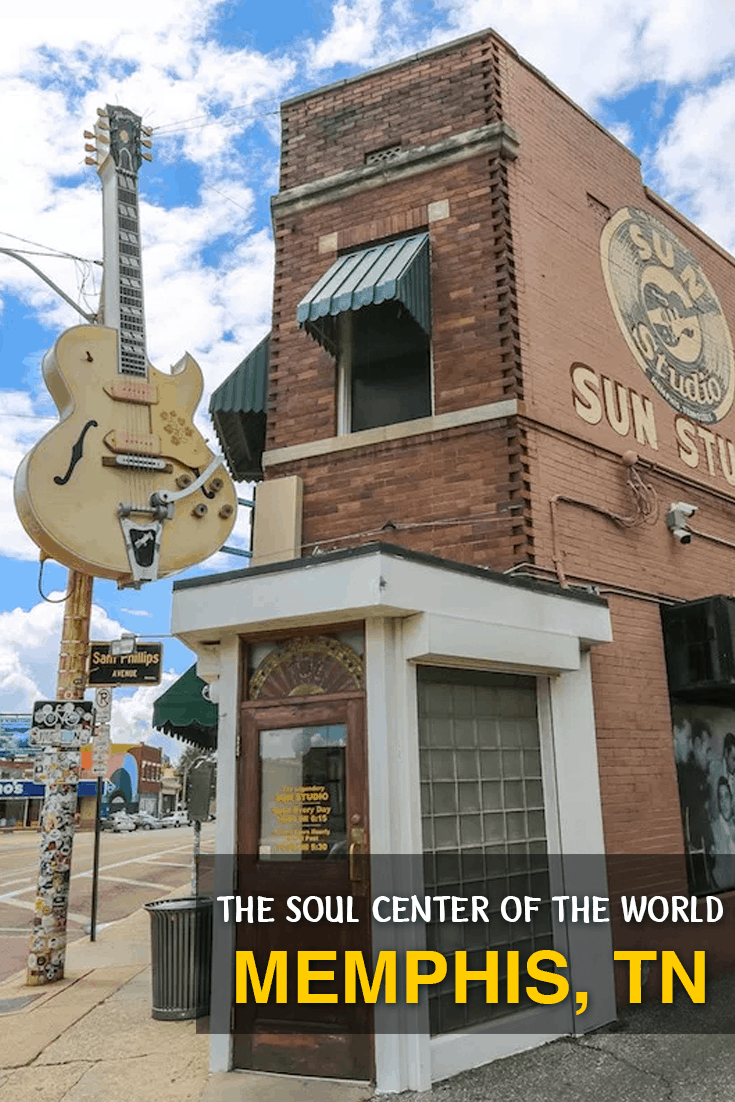 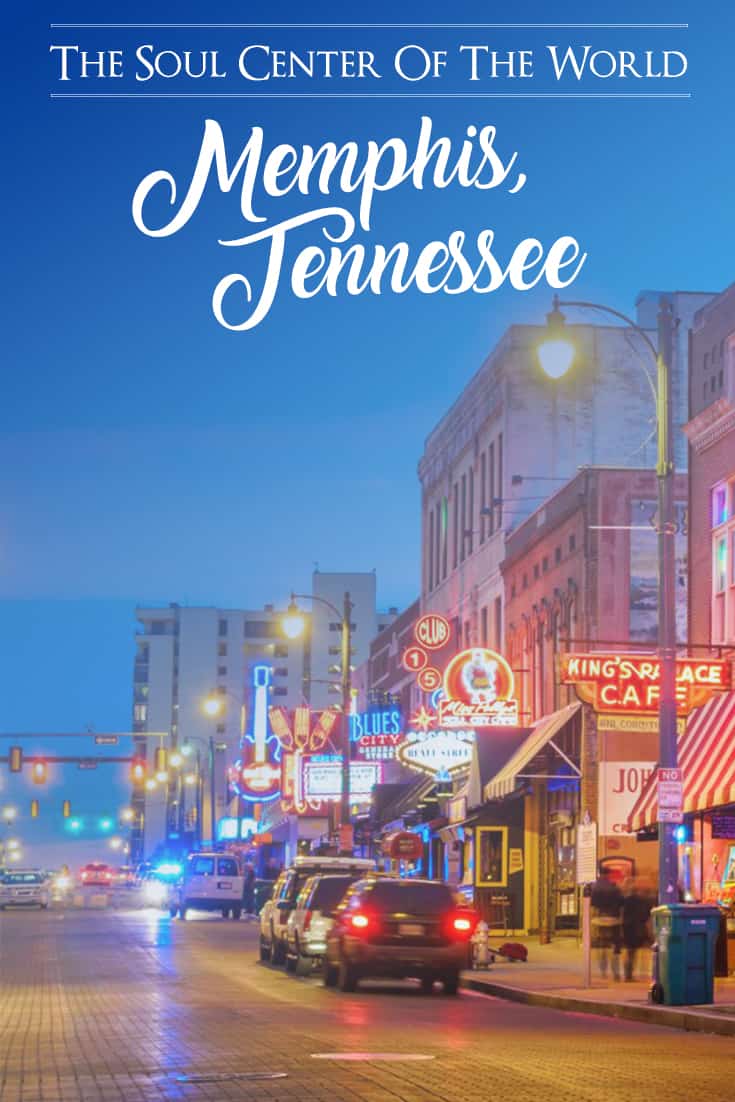 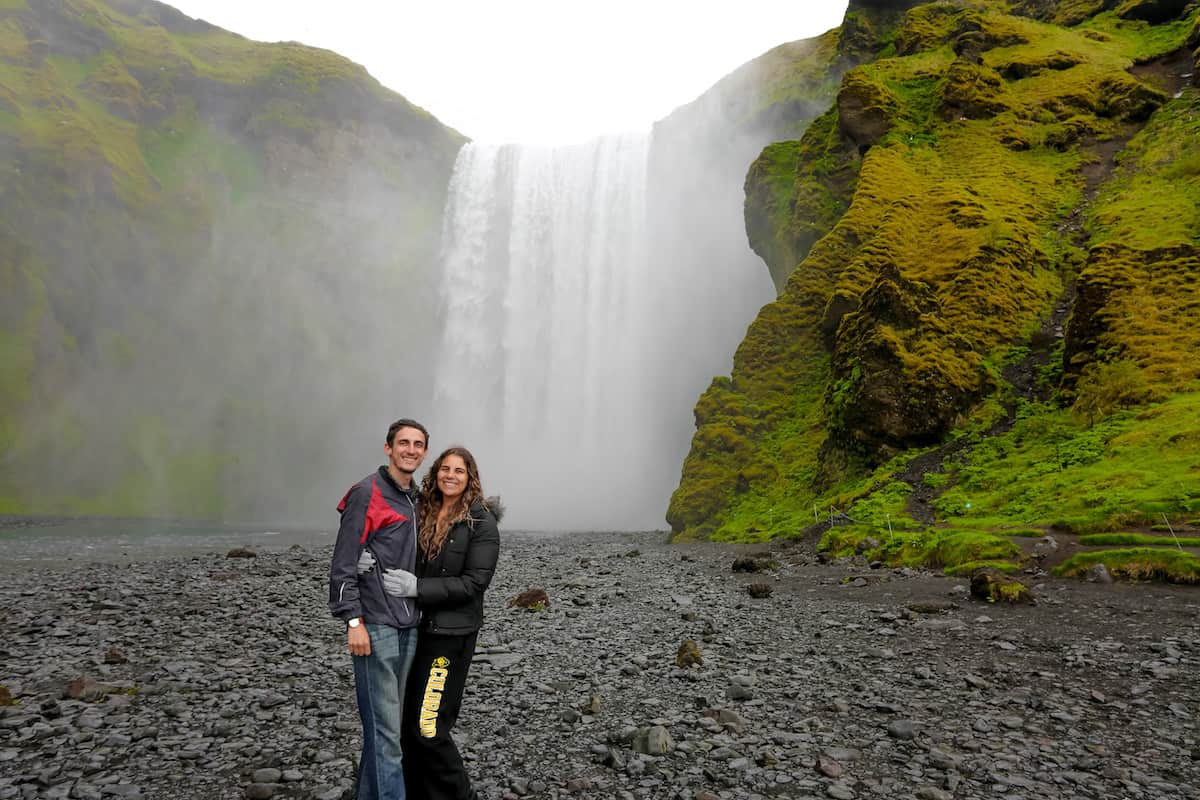 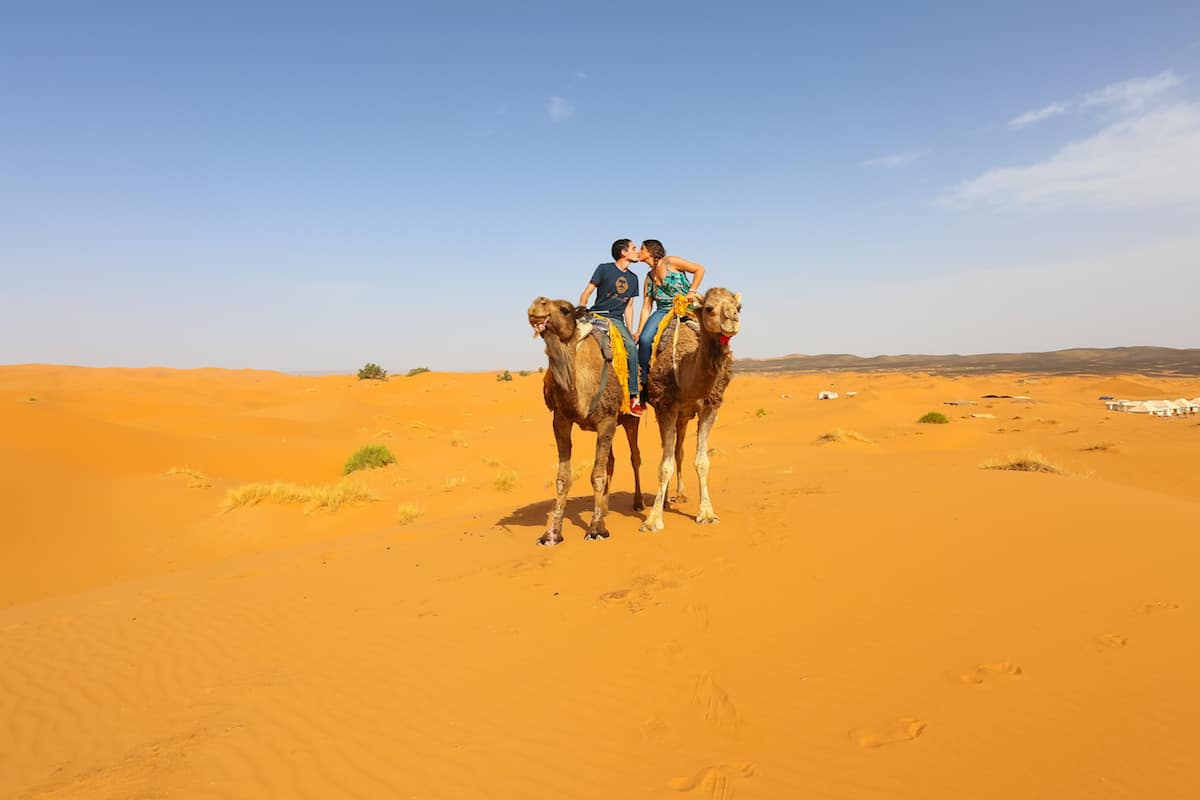 Great post.. I love your photo at Beale Street, so sweet and romantic.. Hope this visit Memphis someday..

I travel to Memphis alot. Great read! Some of these places I havent been to, but I’m going now.

We planned to be there two days but ended up staying for four as there is so much to see and do in Memphis!