The Best Things To Do in Quito, Ecuador in Two Days

Quito is the capital of Ecuador, and the largest city. Established during the 16th century on Inca ruins, Quito became the first city in the world to be declared by UNESCO a cultural heritage for the humanity in 1978.

The city has more history than buildings. There are more things to do in Quito than you can count. I have had the opportunity to visit Quito a handful of times throughout my stay in Ecuador, and there are still so many things to do in Quito still! If you would like to do a longer tour of Quito and other amazing things in Ecuador check out this tour.

The city has a fusion of culture and artistic styles, especially with its many golden covered churches and romantic cobblestone streets. Do not miss the opportunity to explore the unique city of two million residents if you ever have the chance. Without further ado is my travel guide to Quito. Enjoy!

If you are into photography make sure to check out the Quito Instagram Tour or Quito Photography Tour.

Get your hotel today: The best hotels in Quito

This travel map of Quito will help you plan your next vacation in Ecuador’s capital city. We also recommend taking a free walking tour of Quito to learn more about its history.

Best things to do in Quito:

The Plaza Grande, also known as the Plaza de la Independencia is the heart of history as the central square of the city. At the center of the plaza is the Independence Monument, erected in 1906 as a tribute to Ecuador’s fight for freedom from Spain.

The plaza is surrounded by five buildings: the Carondelet Palace (Presidential Palace), the Metropolitan Cathedral, the Archbishop’s Palace, the Municipal Palace and the Plaza Grande Hotel. All the buildings except for the hotel are open to the public, so step inside some of the most important buildings in Ecuador!

The plaza is often busy with tourists, locals and government officials, so as always, keep an eye on your valuables and never leave a bag unattended. The high number of police and military present does not deter all pickpockets. 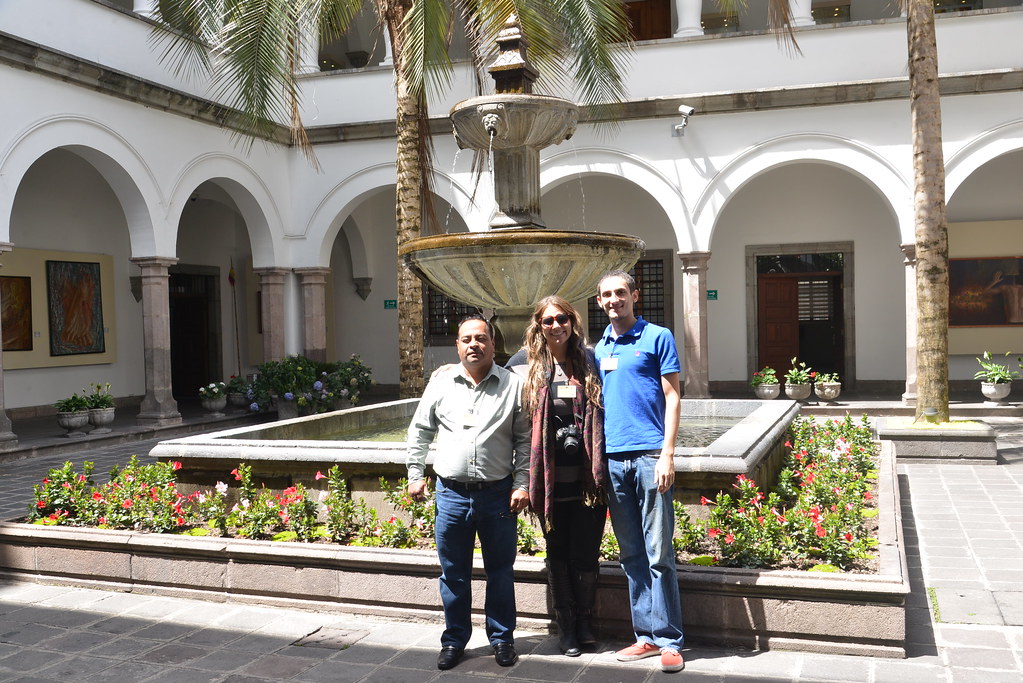 The Carondelet Palace is the seat of the Government of Ecuador. It has the offices of the president and vice president, along with other administrative offices. It also has space for the presidential family to live. You can take a free hour long tour of the palace every day except Monday, just make sure to bring along your passport to get in.

The street of seven churches pass the most beautiful churches of Quito. The route begins one block north of Plaza Grande and goes south along calle García Moreno.

The tour starts with the church of Santa Barbara, built in 1550, but restored after the earthquake of 1987. You then pass by the church of La Concepción, built in 1575, which served as the first monastery of the Quito. The third and fourth churches are The Cathedral, built in 1564, and the church of El Sagrario, built in 1699. The fifth church is half a block down, the spectacular church of the Society of Jesus, built in 1613. Built in the Baroque style, the outer facade was carved from volcanic rock, while its interior is completely covered with carved gold. This is the largest church along the tour. The Sixth and Seventh Cross are the Carmen Alto monastery and chapel of St. Lazarus.

This small historic street of La Ronda is a great place to find some smaller, low key bars and restaurants to get a taste of the local flavor at a great price. There are also several artisanal shops to pick up some gifts!

The Church and Monastery of St. Francis

This massive church and monastery take up almost an entire city block. The entire compound took almost 150 years to complete, giving it a unique mix of styles. It is the largest architectural example of colonial Latin America.

Iglesia de la Compañía de Jesús is Quito’s most ornate church seeming covered in gold leaf and intricate carvings. Witness the splendor of one of the most unique churches in all of Ecuador and its fantastic Spanish Baroque architecture. You can buy your tickets here.

El Panecillo is a 45 meter tall statue of Mary. The statue is comprised of seven thousand pieces of aluminium. However, local Quiteños describe the neighbourhood surrounding the statue as one of the most unsafe places in the city. It is recommended that you take a picture from at least the bottom of the hill, if not more downtown. Therefor, this is less of something to do, rather a monument to admire from afar.

The Basílica del Voto Nacional is the only gothic style cathedral in Ecuador, and at almost 100 meters tall, is the the largest neo-Gothic basilica in the Americas. You can just enter the sanctuary to enjoy the unique example of architecture, or climb to the top of one of the towers to see the whole city. Instead of traditional gargoyles, the Basílica has stone sculptures of Galapagos’ endemic animals, including turtles, blue-footed boobies, monkeys and armadillos. Even if you are not Roman Catholic, it is worth at least visiting the church for its architectural splendor.

The Basílica is open to visitors daily from 9AM to 5PM and costs $1 for Ecuadorian residents, and $2 for foreigners.

The Jardín Botánico de Quito is located in the middle of downtown Quito. Think Central Park, but in Quito. You are accompanied through the botanical gardens with an environmental guide to help you learn about what you are actually seeing. There are several ecosystems that are present in Andes that are represented in the gardens, along with bonsai, rose and zen gardens. They are also know for their vast collection of orchids and carnivorous plants!

Even if you are not interested in the flora and fauna of Ecuador, you should still stop by the surrounding Parque La Carolina, to enjoy some simple rest and recreation.

If you are into paintings and culture then you must visit the  Fundación Guayasamín and the Capilla del Hombre (you can buy your tickets here and skip the line). In both places you will find pieces of Oswaldo Guayasamin, Ecuador’s most famous and influential artist. We recommend taking a free walking tour of Quito.

Guápulo is considered a bohemian neighborhood. It is where many locals artists and hippie style cafes and bars are located. The best time to visit this neighborhood in on September 7th because they host the Guápulo Holiday celebration. It is an amazing parade with costumes, food, a lot of drinking, dancing and fireworks. You can enjoy a beautiful view of the forest plus you are a block away from the most expensive and commercial street of Quito, la Gonzáles Suárez.

The Temple of the Patria

The Museo Templo de la Patria, or Temple Museum of the Nation is an importance remembrance site in the history of Ecuador and surrounding countries. It is a memorial and informative museum about The Battle of Pichincha, which took place on May, 24 1822 for the liberation of Quito from Spanish rule.

The site also proves a stunning view over the city and of the surrounding volcanoes. We recommend to take a trusted taxi or tour to this spot as the nearby neighborhood is not the safest spot in the city.

Mitad del Mundo is the middle of the world! It is a monument on the equator, in Ecuador, if you directly translate it to Spanish it is ecuador, Ecuador, hence the Middle of the World nomenclature. You can buy your tickets ahead of time and skip the line.

Besides the monument, there is a museum, planetarium and many little shops and concessions stands to pay homage to the variety of cultures present within Ecuador. There is also a small section with llamas, because Ecuador is known for its Andean Llama, and llamas are just cute.

The area is open daily from 9AM to 6PM. Cost of entry depends on what you would like to do. Simple entry to the complex costs $2 for adults, $1 for children. The planetarium pass is $4.50, museum pass is $6, both in include entry into the complex as well. If you want to see everything there is also a full pass available for $7.50 for adults and $3.75 for children. If you want to take a tour around Quito that includes the Mitad del Mundo monument then click here.

If you want the best view of Quito and its surrounding landscapes take the TelefériQo gondola up to the eastern side of Pichincha Volcano. It is a quick 10 minute ride in the gondola up, starting from 2,950 meters to an elevation of 4,053 meters.

You also have the option to hike up the volcano, but the accent can take hours thanks to the strong sun and thin air, so I would stick with the teleférico, unless you have adequate time to acclimate to the altitude and really enjoy hiking. There are so many things to do in Quito, if you have limited time a quick trip up the TelefériQo is sufficient.

Due to the higher altitude, the top is quite chilly and windy, so bring an extra sweatshirt for the top. Head to the top early to ensure better views, as it’s likely to get cloudy, foggy and rainy in the afternoons. Also, drink lots of water!

The TelefériQo operates Monday to Friday from 9AM to 6PM, and on the weekends from 9AM to 8PM. The cost depends on if you hold an Ecuadorian cédula or are a foreigner. For nationals it cost $4.50 for adults, $3 for children and $2.25 for seniors. The cost for foreigners is $8.50.

Cuy is Spanish for guinea pig, which is the delicacy of the Andean region in Ecuador. I hear it tastes like chicken, but it’s not kosher, so it’s not for me. Oh well! But, as my mother said about the picture I sent her of cuy roasting, at least there “will still be enough left to make slippers.” haha.

As always, if there is any place or things to do in Quito that are missing from the list, please let us know in the comment section below! 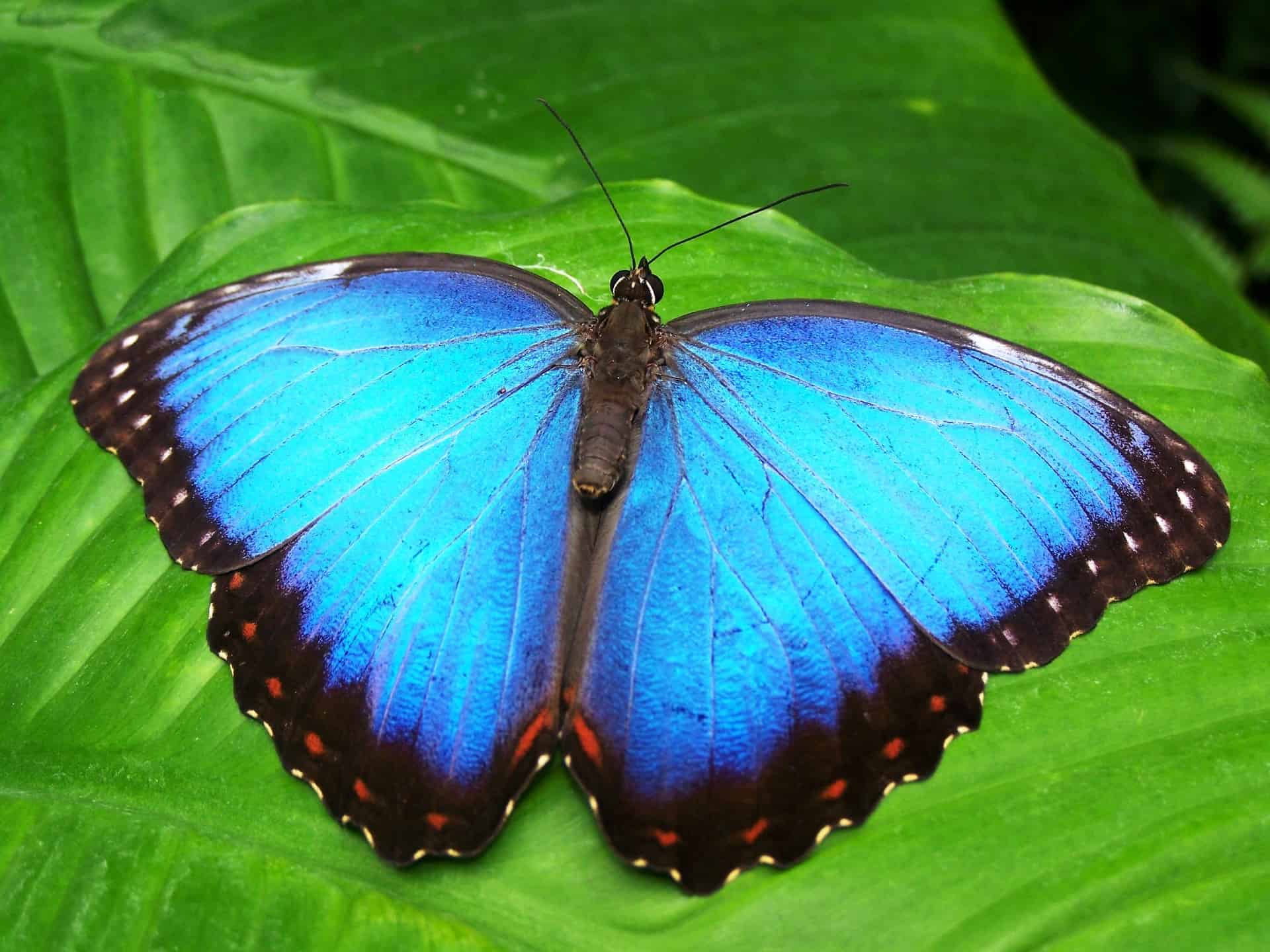 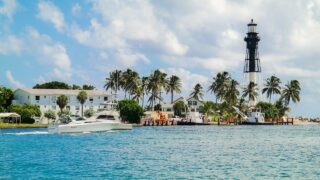 Next →
5 Reasons To Charter a Yacht in Fall 2021
Click here to cancel reply.

Things to do in Quito, Ecuador | Travel Guide |...