If you are planning a tour China Tibet, then you are likely to visit some of the best destinations in mainland China on your route to the Tibetan capital of Lhasa. China has a huge number of cities and rural locations that are well worth visiting, from the stunning capital, Beijing, to the home of the fabulous Terracotta Warriors, Xi’an.

As two of the most popular tourist destinations in China, Beijing and Xi’an stand out head-and-shoulders above the rest of China for both culture and history. Amazing cities that have formed part of the long and varied history of China since it was first united under one ruler, these two awesome destinations are a must-visit for any tour of China. And they are two locations that can be used as departures for the train to Tibet.

Beijing, the capital and cultural center of China

Continuously re-designing and re-imaging itself to keep up with the growing and expanding trends of modern China, Beijing is the capital city of this vast nations, and lies in the east of the country, close to the Bohai Sea. Formerly known as Peking in the west, Beijing is the third most populous city in the world and one of the leading centers for politics, economy, finance, and education in China.

An amazing city with a long and varied history, Beijing is the home to many of the country’s UNESCO World Heritage Sites, including the Forbidden City, and ancient royal palace that was built on a scale unmatched anywhere else in the world. Sublime Buddhist temples that reach for cosmological perfection can be found all across this modern historic city, and the stunning ancient alleyways, known as hútòng, crisscross the city and teem with life and culture in the same way they did centuries before.

But Beijing is also more than its history, and is one of the most modern cities in China, with jaw-dropping architectural feats that leave its skyline being one of the most beautiful in Asia. The city is also a cultural center for China, as well as one of the few places where you can find the regional cuisines of the entire country in one place, from spicy Sichuan cuisine to the Turkic-inspired cuisine of the Uyghurs in Xinjiang.

Xi’an, the home of Terracotta Warriors

Located in Shaanxi Province in the Guanzhong Plains of northwestern China, Xian is one of the oldest cities in the country, and is the oldest of the four ancient capitals of China. The economic center of several of the most important Dynasties in China, Xi’an is renowned for being the eastern starting point of the famous Silk Road, which stretched across China and the rest of Asia to carry trade goods all the way to southern Europe.

However, while this former ancient capital is still an important industrial, educational, and cultural center for the central-northwest region of China, it is even more well known in the rest of the world now as the home of one of the most amazing discoveries of the 20th century – the Terracotta Warriors.

An immense army that was created as the final army of the first Emperor of China, Qin Shi Huang, they were buried with him on the occasion of his death to accompany him into the afterlife as bodyguards and protectors in around 210 BC. The army is believed to have consisted of around 8,000 soldiers, 130 chariots pulled by 520 horses, and 150 cavalry horses complete with riders. Discovered in a farmer’s field in 1974, the army also consists of government officials, acrobats, and entertainers to keep the Emperor amused when he reaches the afterlife.

Lhasa, the provincial capital of Tibet 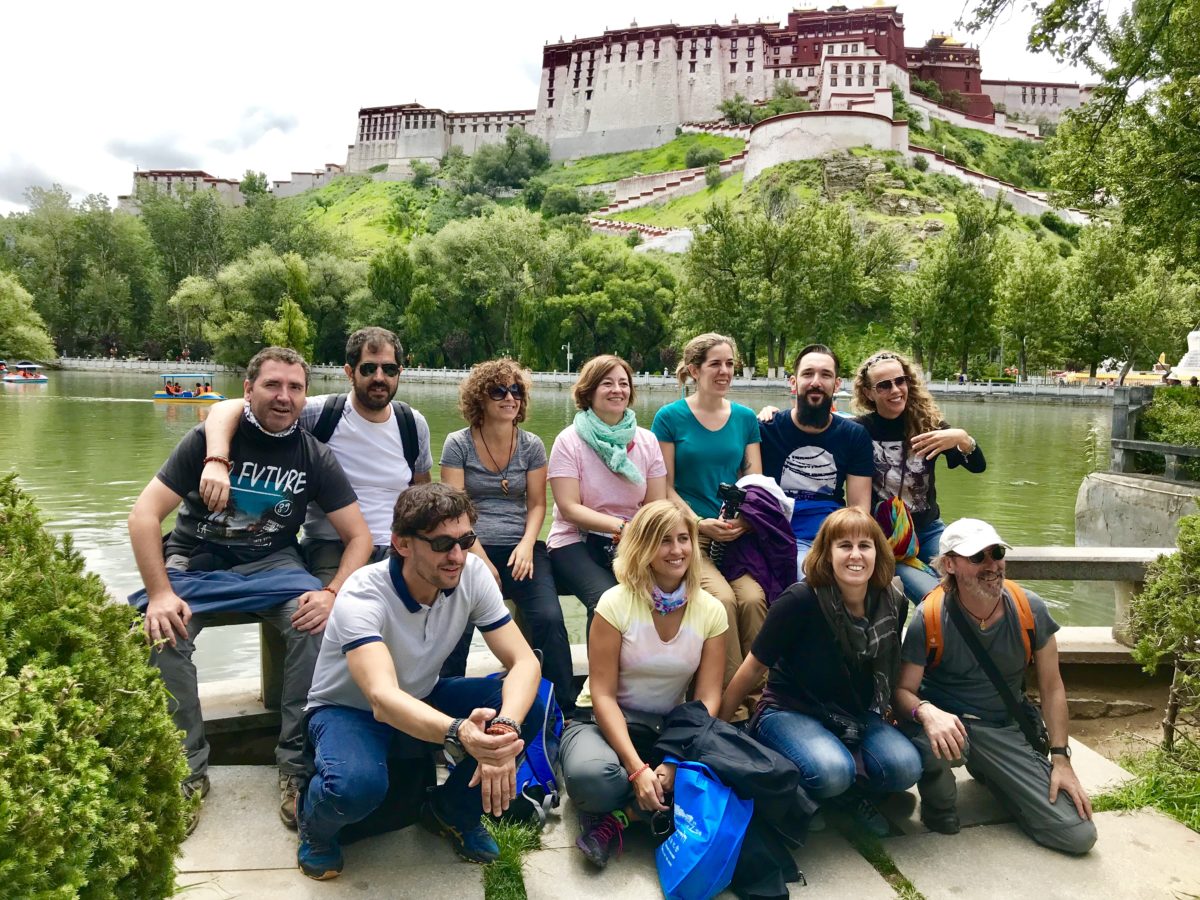 The center of Tibetan Buddhism around the world, Tibet is notably the highest capital city in the world at an elevation of 3,656 meters. Translated literally as “Place of the Gods”, this cultural and religious center of Tibet was built as the new capital of the Tibetan Empire in the 7th century, after King Songtsen Gampo, the 33rd king of Tibet, moved there from Tsedang in Lhoka. A city of wonders, Lhasa is also the most popular pilgrimage destination in Tibet for Tibetan Buddhist pilgrims.

The city is also home to some of the most amazing sites in Tibetan culture and Buddhism, and as you approach the from any direction, the first thing that catches your eye is the beautiful red and white Potala Palace, soaring above the city on the sacred Moburi (Red Hill). It is also here that the Tibetan king built the Jokhang Temple for his Chinese wife, Princess Wencheng. Constructed to hold the ancient statue of Buddha that was brought to Tibet from China in 621 AD, the temple is now the most sacred Buddhist temple on the planet.

If you are planning to travel to both China and Tibet together, Then the best cities to visit in China are Beijing and Xi’an, the two most popular and most amazing cities in the country. Traveling from Beijing to Xi’an can be done quickly now using the faster bullet trains, and Xi’an can be used as a gateway to Tibet in the low season, or is close enough to Chengdu or Lanzhou to quickly travel there to get the trains to Tibet in the peak season.

Save this article for later: