What to do and see in Istanbul, Turkey in 20 hours

On a flight from Spain to Nepal, we had an extra long layover in Istanbul, Turkey. We had the option of a 12 hour layover or a 20 hour layover. We opted for the longer, to give us as much time to explore Istanbul on this “free” stop. Also, since it was only a layover, we did not need to worry about our luggage, as it was checked to the final destination! But, make sure you have everything you need for the day in your carry on.

If you are planning on staying in Istanbul for longer than a day, make sure to check out this complete Istanbul itinerary with the best things to do and see in Istanbul, as well with so many helpful tips!

How to see Istanbul in 20 hours

As you could image only having 20 hours in a city only gives you enough time to see the highlights of Istanbul.

We arrived at the Istanbul airport at 5AM. To get around the city efficiently, we opted to use the metro between key hotspots. We purchased the IstanbulKart, a rechargeable metro card, for 10TL(Turkish Lira), which only comes with 4TL on it. This way rides and transfers are much cheaper. Otherwise it costs 4TL for a single use token.

Our first two stops were the Dolmabahçe Palace and the Çırağan Palace(now a hotel). We do not suggest spending your time going here, unless you want to take pictures through a fence. Rather we recommend heading straight towards İstiklal St. or getting of the train at the Grand Bazaar first.

➳ Find all: Hotels in Istanbul

What to do and see in Istanbul: 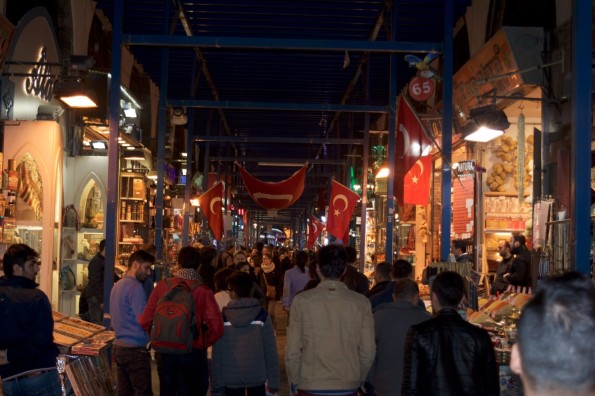 The Grand Bazaar is huge. You could honestly dedicate a whole day and it won’t be enough. They have pretty much everything from spices to clothes to food to souvenirs and more.

A lot of stores have the same products but there are a lot of different stores to check out. The shawarma there is some of the best in town.

The stores are very friendly, sometimes offering you apple tea or samples. The Grand Bazaar is something you must experience in Turkey.

We walked to İstiklal St. where the Hard Rock Cafe Istanbul is located. Continuing along the pedestrian street there are many shops ranging from high end stores to souvenir shops. When purchasing souvenirs do not be afraid to haggle on the prices.

Our next stop is the Galata Tower, one of the highest and oldest towers of Istanbul. It features a panoramic view of the old part of city from the top.

We then walked down the steep Yüksek Kaldırım Street, full of tourist shops, to the Galata Bridge at the bottom. The bridge is a great place to get a view of the whole city and its beautiful skyline. It is also lined with fishermen trying to catch fish in the river and sell them on the spot.

Under the bridge are many restaurants if you want to enjoy some fresh seafood. Touristy restaurants, but still good. 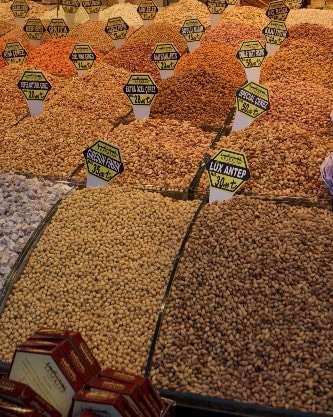 Right at the edge of the bridge is the New Mosque. It is one of the most famous architectural works of Istanbul.

Adjacent to the mosque is the Egyptian Spice Bazaar. In the bazaar you will find an endless supply of spices, teas, nuts, turkish delights, jewelry, etc. Sampling is encouraged by the vendors in an effort for you to chose their products.

We then walked to the Gülhane Park. This expansive and historical park is the perfect place for relaxing after a whole day of waking. It is also a great place for quick snack.

Adjacent to the park is the Topkapı Palace. Unfortunately the sun was already starting to set, we did not have enough time to go through the palace museum. But with only 20 hours in Istanbul, museums would take a huge chunk of time.

Tickets to the Palace cost 30TL/person. Hours are as follows: 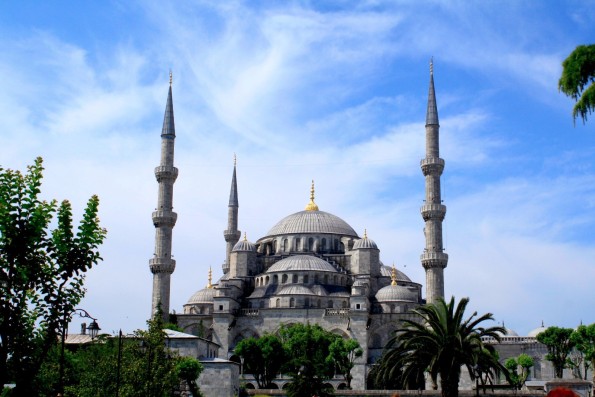 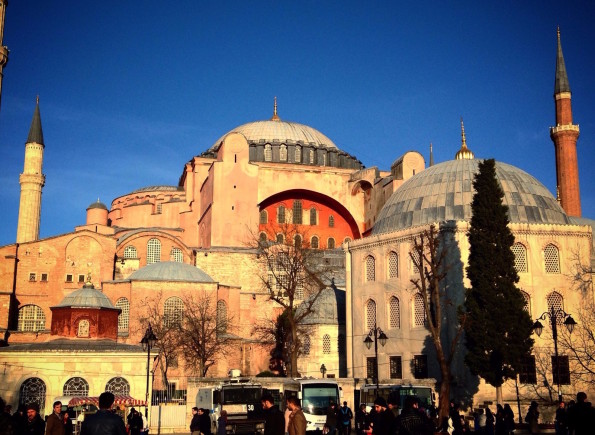 We arrived at Hagia Sophia and the Blue Mosque as the sun was starting to go down. The sun sets right behind the Blue Mosque, which is perfect for a silhouette photo, but not if you want a photo with all the details.

We highly recommend going inside the Blue Mosque. They have appropriate body and head coverings for you to enter the mosque, so do not fear if you did not plan accordingly. Since it is still an active mosque, tourists are not allowed during prayer times.

The Hagia Sophia is also a beautiful place to visit, yet you might not have time for it by the end of the day. The building now serves as a museum. Tickets cost 30TL. The museum is open at the following times: 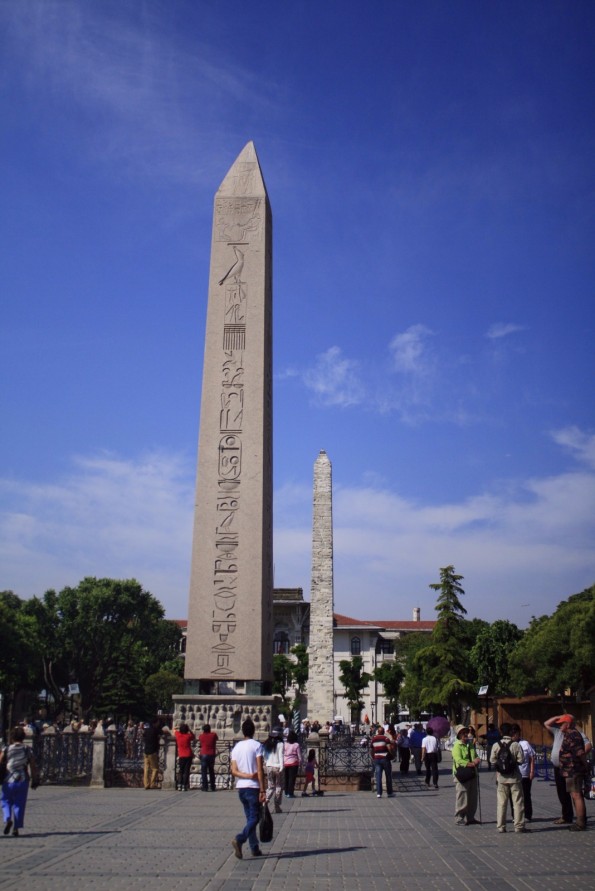 To best enjoy the sunset we found a nice looking restaurant near the Blue Mosque with roof top seating. After enjoying dinner and sunset over the city of Istanbul we had to head back to the airport by the train, to check in and go through security.

All in all we walked almost 18 miles around the city of Istanbul in under 20 hours. It was a quick and tiering visit, but just goes to show how much of a city’s highlights you can see in one day! 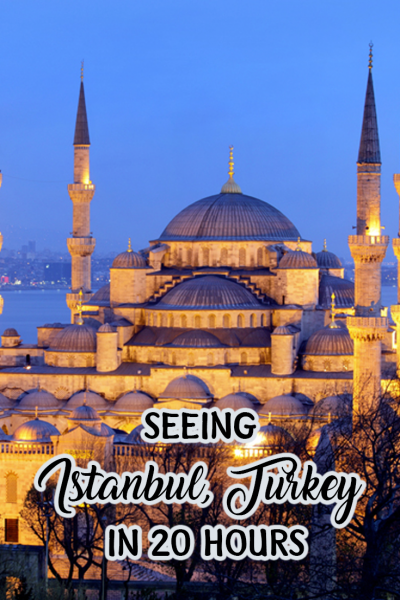 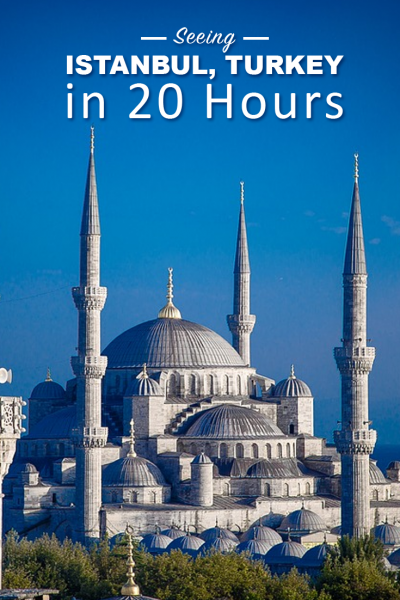 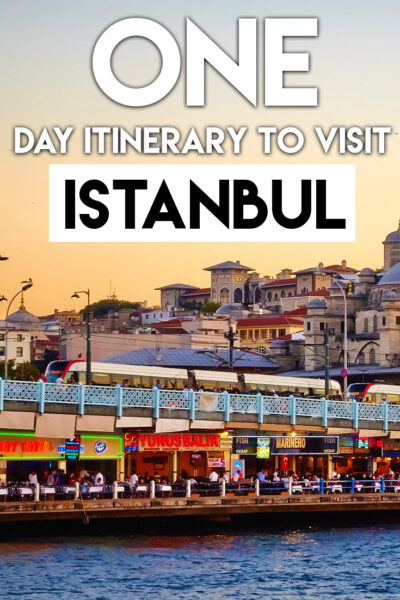 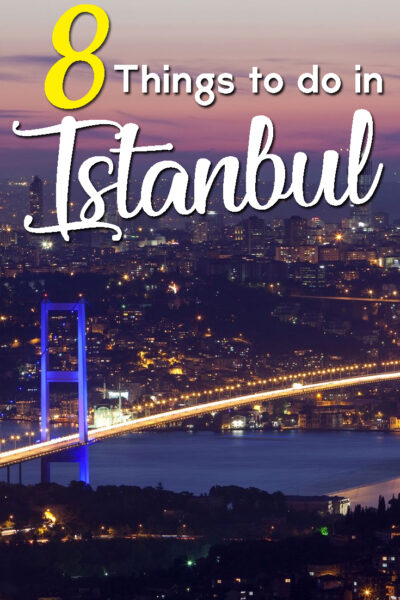 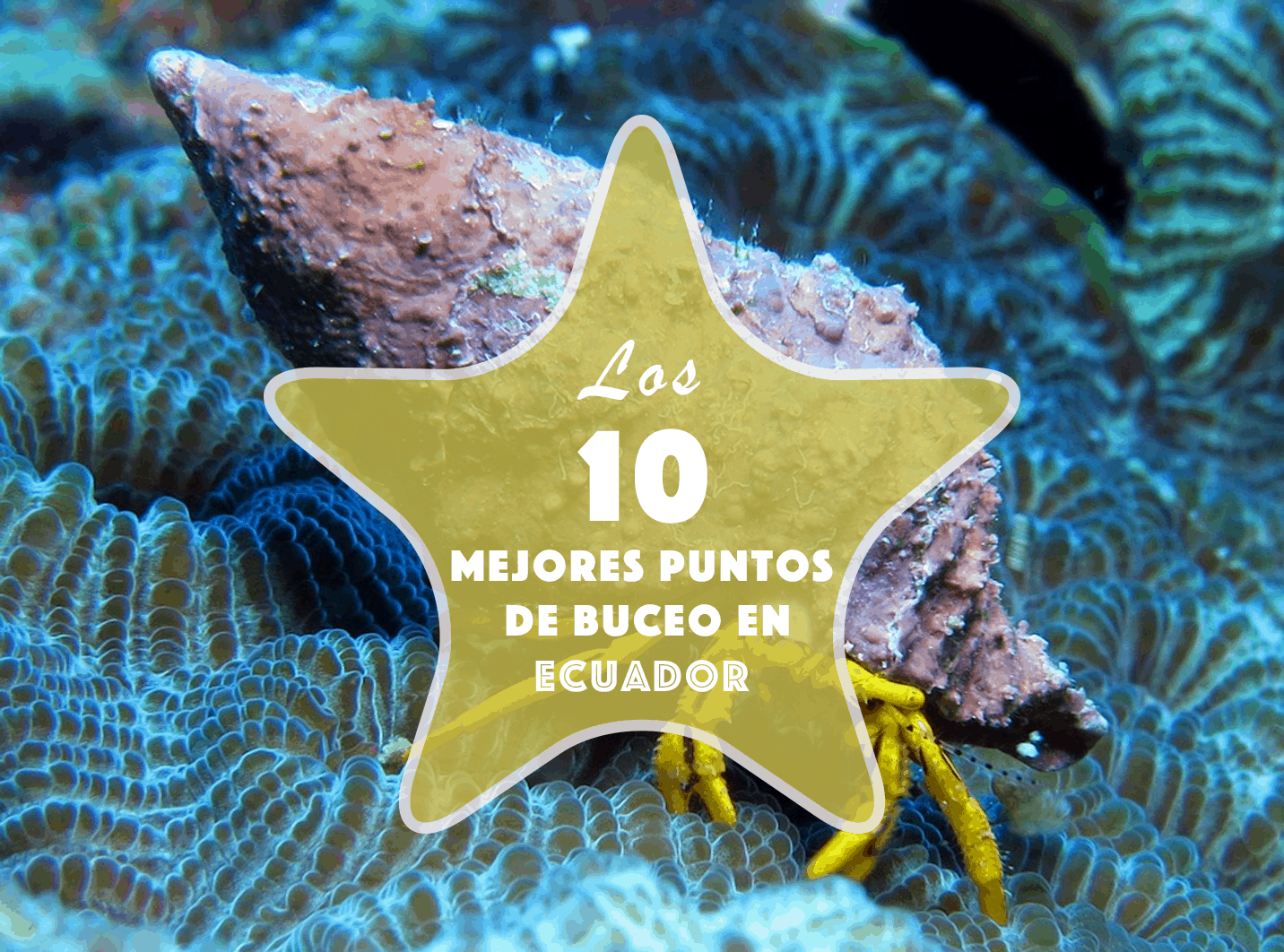 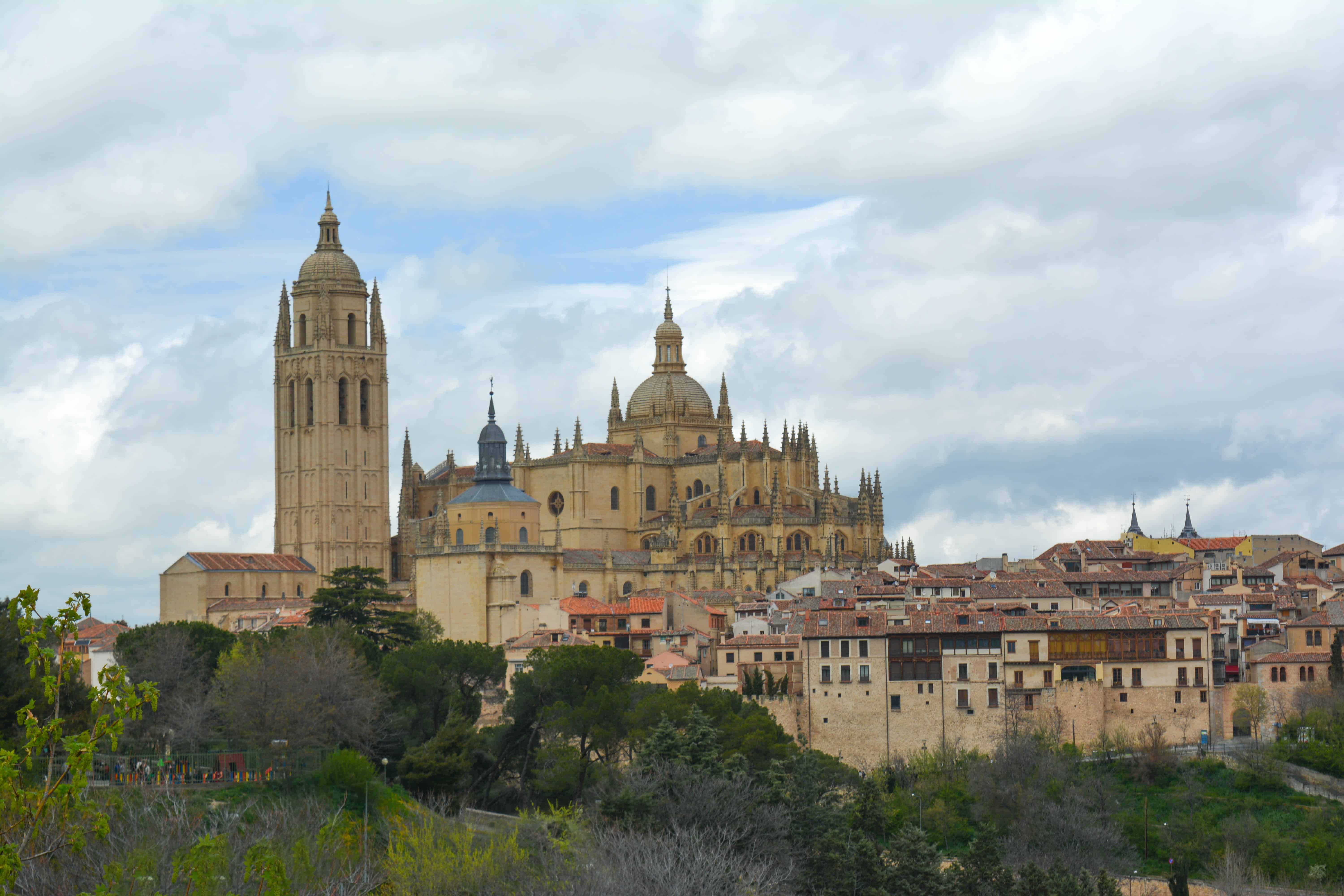 Next →
Things To Do In Segovia In One Day: A Day Trip From Madrid To Segovia
Click here to cancel reply.

Istanbul is such a great walking city. We had a layover there in November on our way from Bodrum to Los Angeles (via the Ukraine no less!) and didn't waste a moment to get a subway from the airport to the Galata Bridge area, even though it was just for dinner and a quick drink, it was well worth it. ~~ Jay @BirdsOAFpress