We are sharing a layover guide to Jazmin’s hometown of Guayaquil, Ecuador. Many members of our community have been asking for this complete layover guide to Guayaquil because its international airport is a frequent stop en route to the Galapagos Islands. If you are thinking about taking a Guayaquil long layover tour, this might come super handy.

The coastal metropolitan city of Guayaquil boasts the largest population in Ecuador with a deep history and contemporary surge. Guayaquil is known for its warm hearted people, delicious food and continuous warm and sunny weather. There is so much in this bustling city to explore from its busy waterfront to tranquil green spaces, ready for your next layover.

Before exiting the José Joaquín de Olmedo International Airport it is important to get out some cash, as many of the smaller stores and street vendors in Guayaquil do not accept debit or credit cards. We always use our NB Debit Card from Needham Bank which allows us to use any ATM anywhere in the world and be automatically reimbursed any ATM fee. You can choose any ATM in the airport as virtually every ATM around the world becomes a Needham Bank ATM.

Vlog of what to do in Guayaquil, Ecuador

Stop #1: Be surrounded by iguanas in Parque Seminario 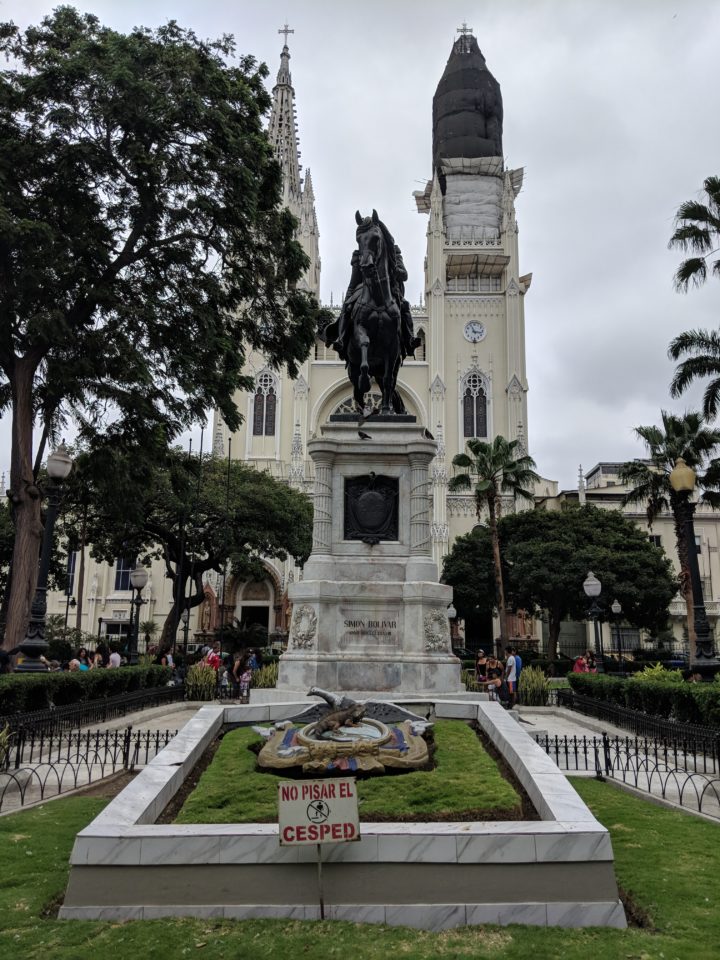 In the center of downtown Guayaquil is Parque Seminario, commonly referred to as Iguana Park. Making your way through the gates it becomes instantly clear why; there are so many iguanas! Come watch the green iguanas, which can grow up to 3 feet in length, sun themselves in abundance across the green lawns.

One of the most poignant spots to visit in all of Guayaquil is the Columna de los Próceres, the Column to National Heroes. This 27-meter column was inaugurated in 1920 to celebrate 100 years of Guayaquil’s independence.

The column consists of three distinct representative sections. The base has figures of the four leaders in the independence of Guayaquil representing the compass with four symbolic figures representing the past, present, future and space.

The column itself tells the story of independence with those patriots names immortalized engraved in the stone. Sitting atop the column is a young woman holding the flame of liberty for all to see.

Stop #3: Walk along the waterfront on Malecón 2000 and enjoy the skyline from the La Perla ferris wheel

Take a stroll along the busy waterfront boardwalk, Malecón 2000. Not only are you met with fantastic views of the Guayas River, but plenty of exciting attractions. There are water fountains, historical monuments, a shopping center, bars, playgrounds and even a movie theatre! Head to the Malecón 2000 and make a day of it.

Go for a ride on the only permanent ferris wheel in the entire country. The 187-foot La Perla provides the best view over the city of Guayaquil, Malecón 2000 and the Guayas River. It is one of the best spots to enjoy the setting sun in town.

While you are walking along the Malecón 2000, keep an eye out for a bronze statue of Juan Pueblo sitting on a bench. Make sure to take a photo with this popular character and icon of Guayaquil.

Stop #4: Explore the colorful houses of Las Peñas and climb the 444 steps to the top of Santa Ana Hill

The historic center of the city, Las Peñas was the first neighborhood in colonial Guayaquil. Enjoy a walk through the narrow cobblestone streets with brightly colored homes displaying a traditional colonial architecture. This neighborhood has grown into a center of art, with countless galleries and a lively bohemian vibe. 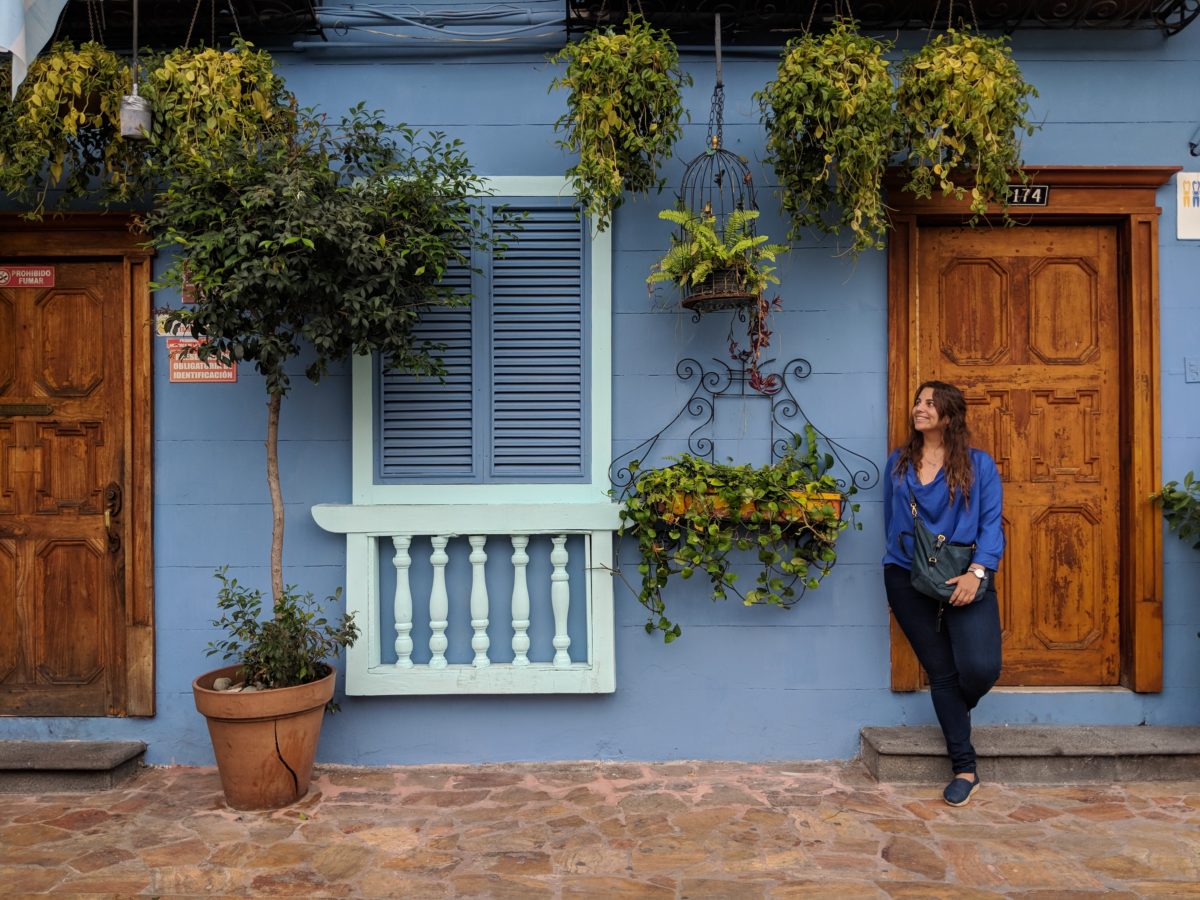 Climb the 444 numbered steps for a up close view of the city’s iconic lighthouse and breathtaking panoramic views of all of Guayaquil. If 444 steps sounds like to many to tackle at once, there are plenty of squares, bars and restaurants to stop for a break on your way up Santa Ana Hill.

Spending you layover in Guayaquil in full tourist mode can be tiring, so make sure to refuel yourself. Try one of many of the local flavors of the seaside city of Guayaquil. Some of the most typical foods include ceviche, bolón de verde, seco de pollo and corn humitas. The best places to taste these local flavors are from street vendors, which will require cash in small bills.