Segovia is a small and historic city, just an hour drive north of Madrid making it the perfect day trip destination.

You can explore its rich history through its remaining architecture including medieval walls, Romanesque churches, a former royal palace and most notably its Roman aqueduct. This cute city makes for a perfect day trip from Madrid or weekend getaway spot. Stroll through Segovia with our 3km Walking Travel Guide. In this Guide you will find the best things to do in Segovia, Spain in one day.

➳ Find all: Hotels in Segovia

What to do in Segovia walking map:

The best things to do in Segovia in one day:

1. Take a photo of the Aqueduct of Segovia 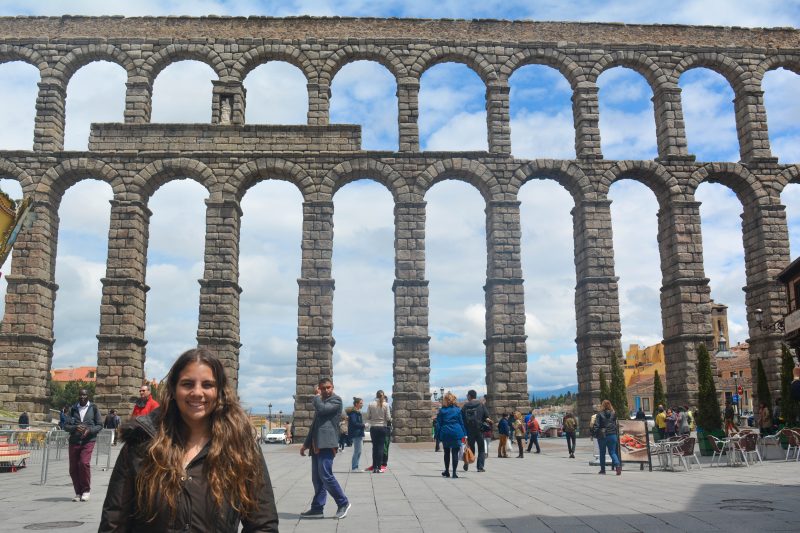 We start our tourist route from here. In the plaza there is a information spot where they can facilitate you a map and give you more information about the touristic spots.

The Aqueduct of Segovia is one of the most famous Roman Monuments in Europe and main landmark of Segovia. The stones of the aqueduct are not held together by mortar or cement.

➳ Fun Fact: It kept providing water to the city until the mid-1800’s.

Casa de los Picos is the most famous house in Segovia. It is worth stopping to snap a photo of its interesting facade covered with granite blocks carved into pyramid shapes.

The Iglesia de San Martín is a beautiful Romanesque structure with atriums surrounding it on three sides.

Plaza Mayor is the main plaza of historic Segovia. Surrounding the plaza is a varied assortment of buildings and cafe. Every Thursday there is a fair in the square, where you can buy clothing, food, vegetables, flowers etc. 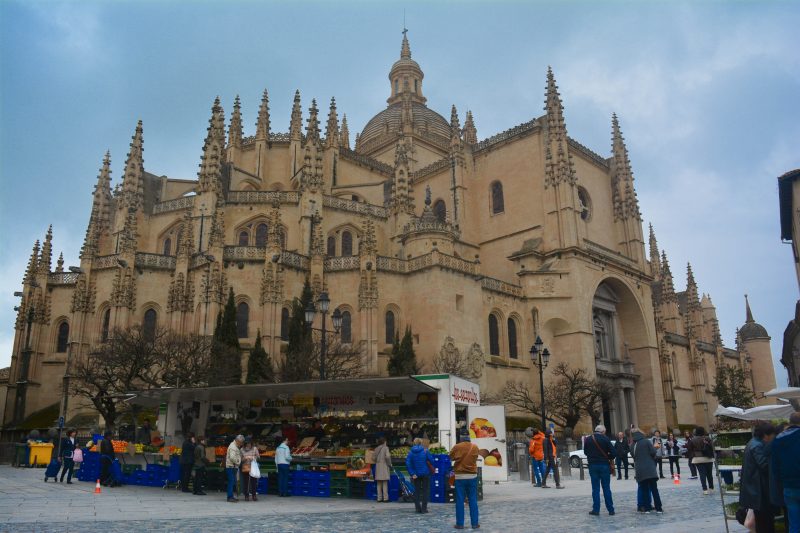 The Segovia Cathedral is a massive Gothic cathedral at the corner of the Plaza Mayor. The inside of the cathedral will leave you speechless with its stunning marble statues and beautiful tapestries.
The entrance fee is 3 euros for the cathedral and 7 euros to go up the tower. 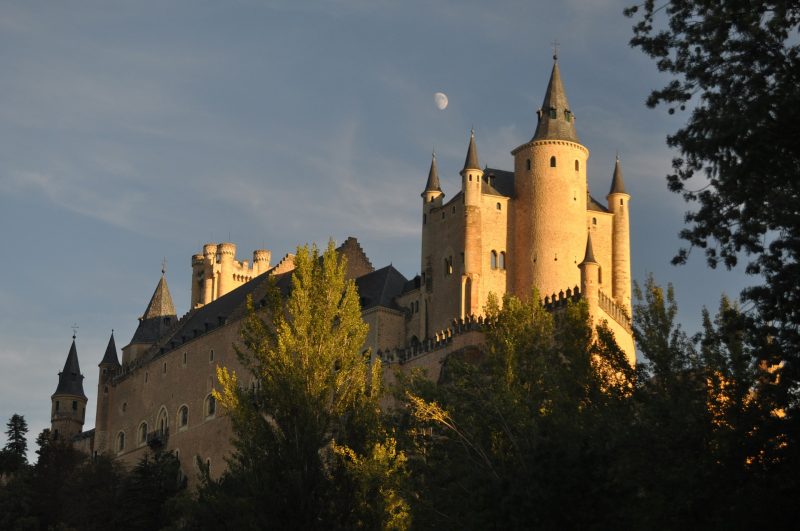 Before entering the Alcazar, a World Heritage Site, there is a great view of the valley outside of the city. The Alcázar of Segovia was originally built as an Arab fortress, with its exact creation story unknown. The most famous rooms in the castle are the the Hall of the Throne and the Hall of Kings. Make sure you head to the top of the Alcazar to get a panoramic view of Segovia and the surrounding hills.
There is also a path you can hike to the Real Casa de la Moneda, Monasterio de Santa María del Parral, Iglesia de San Marcos, Iglesia de Vera Cruz, and Convento de las Carmelitas descalzos.

The Torre de Juan II has one of the most beautiful views in Seville. It is worth going every step. 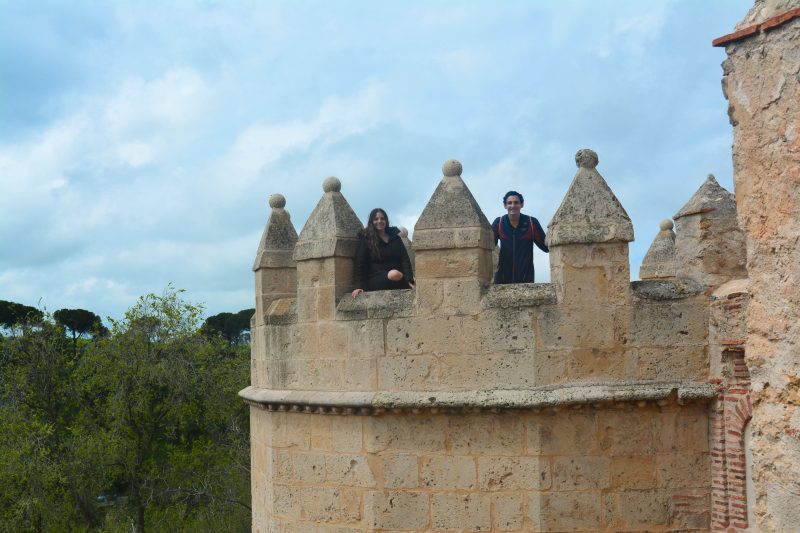 After leaving the Alcazar we walked next to the wall of the city. At Puerta de San Andrés there is a tourist information office, where you can get an entrance code to go up onto a section of the the city walls. 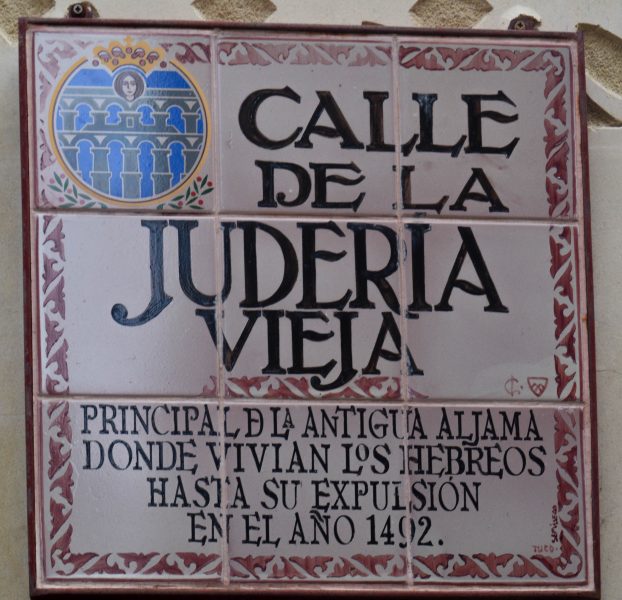 Walking back towards the center of the city, we passed through the Judería, or Jewish quarter. It was once home to an active and lively Jewish community until there expulsion from Spain in 1492. In fact, it was one of the richest communities in all of Castile.

It is a small informative experience about the historical Jewish community of Segovia and Jewish medieval culture.

Here you can find more activities to do in Segovia:

⇟ More articles related to this: 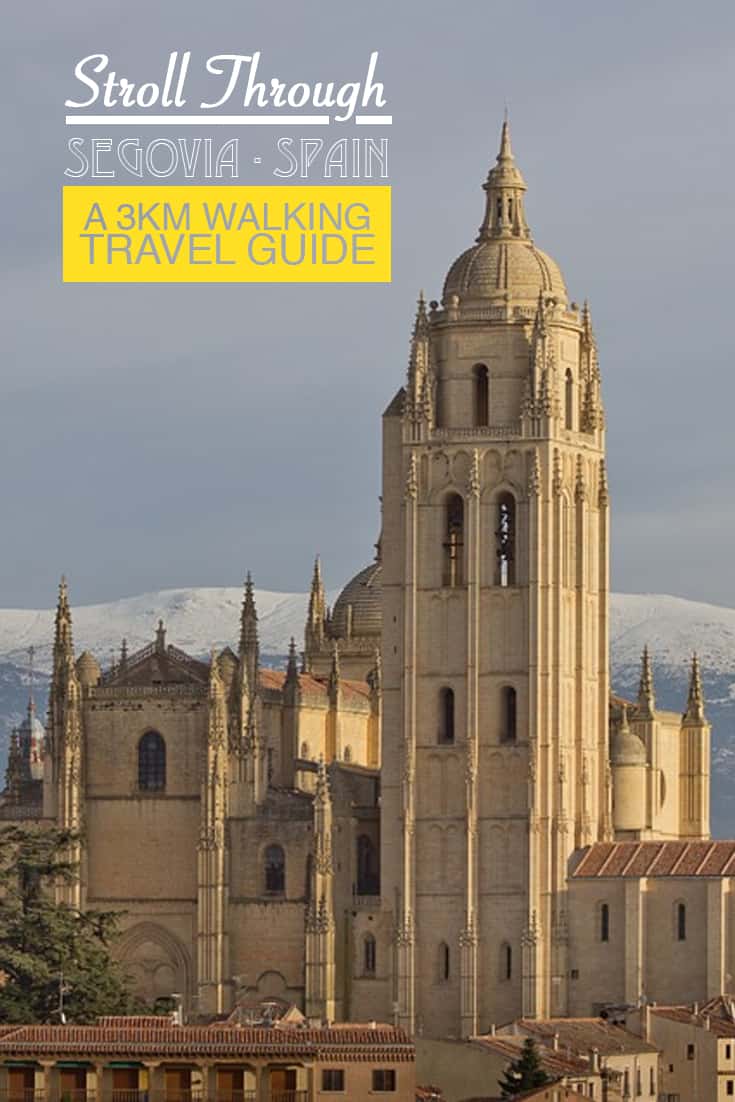 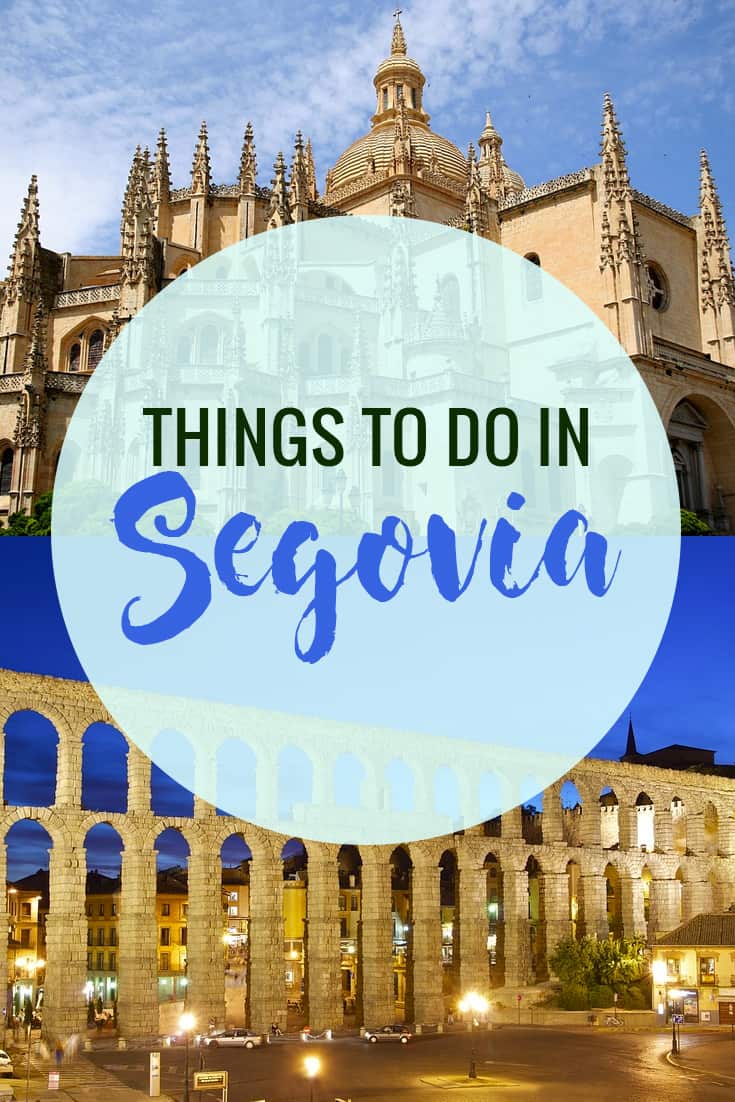